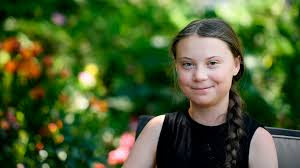 Christopher Caldwell has taken to the pages of The New York Times to castigate Greta Thunberg's climate activism. If you don't know about Thunberg, and her "School Strike 4 Climate," which is also called "FridaysForFuture," please click one or more of those links, to get a bit of the background.

Thunberg is having a big impact on the debate about global warming and climate change.

Thunberg wants action! When does she want it? She wants it NOW!


That demand for ACTION NOW is what seems to have riled Caldwell. That and the fact that so much attention is being paid to Greta Thunberg, who isn't even a "legally responsible adult." Here is an excerpt from Caldwell's rather dyspeptic commentary on Thunberg (note the part about her being autistic, and thus, Caldwell suggests, not really worthy of regard):

Ms. Thunberg believes people should act, not argue. That, perhaps, is why she is planning to travel to next month’s United Nations global warming summit in New York by sailboat, not airplane. It is not that Ms. Thunberg does not care about climate data; indeed, she cites the annual reports of the United Nations Intergovernmental Panel on Climate Change as if they were gospel. It is just that she is done debating.

Her politics rests on two things. First is simplification. “The climate crisis already has been solved,” she said at a TED Talk in Stockholm this year. “We already have all the facts and solutions. All we have to do is wake up and change.” Second is sowing panic, as she explained at the World Economic Forum in Davos last winter.

Normally Ms. Thunberg would be unqualified to debate in a democratic forum. Since a 16-year-old is not a legally responsible adult, she cannot be robustly criticized and, even leaving aside her self-description as autistic, Ms. Thunberg is a complicated adolescent. Intellectually, she is precocious and subtle. She reasons like a well-read but dogmatic student radical in her 20s. Physically, she is diminutive and fresh-faced, comes off as younger than her years, and frequently refers to herself as a “child” — about the last thing the average 16-year-old would ever do. . .

Increasingly, climate agitators want action, not distraction ... Behind the new boldness of climate activists is the assumption that ordinary Europeans’ good intentions are sincere and their inaction is hypocritical. It could be the other way around. Whatever the case, Europeans’ slowness to act on the climate cannot simply be dismissed as “denial.” Those who read the United Nations reports and tut-tut but fail to take to the streets might be less resolute — but they might simply disagree, or have other priorities.

You have to hand it to Caldwell. His reasoning is unbelievable! Before we get carried away about the climate crisis, just remember that people might disagree. Maybe there is a climate crisis, but that doesn't mean that people don't have "other priorities." Besides, let's be clear; no one should have to pay attention to anyone who is only sixteen years old. People like that, those sixteen-year olds, have simply not been defined as "legally responsible."

What about taking that approach as we train our 911 dispatchers? How will that work for you?

CHILD: Hello, is this 911? There's a fire in my house; it's burning down. I am afraid it's going to spread and burn down the whole city.

DISPATCHER: Thank you for your call. Your call is important to us. How old are you? You know, we don't take calls from anyone who isn't a "legally responsible adult." Please call back when you are eighteen!


Kudos and salutations to Greta Thunberg and the other young people who are trying to get the world to wake up and do something before it's too late.

The New York Times should be ashamed to have printed Caldwell's rant! 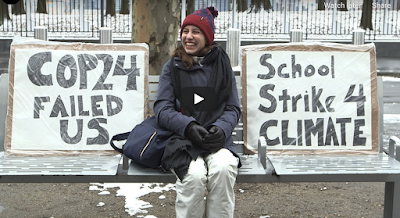