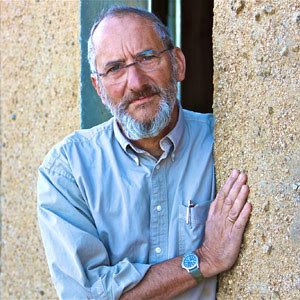 In his July 16, 2019, column, to take a recent example, Primack takes issue with the City's approval of the Tannery Arts Center, an economic redevelopment project that the City brags about, but that Primack calls a "willful mistake." In making the case that the City was wrong in approving this project, Primack articulates a decision-making principle he learned in his first architectural job:

The first line is the most important.

In other words, Primack is saying, the end results of your planning will almost always depend on the point and premise from which you begin. ("The first line is the most important.")

That is a very good, and important, observation. Bob Dylan puts it a bit differently:

The principle articulated, in different ways, by both Dylan and Primack, is a very important principle, indeed. I do have a caution, however. We are, inevitably, called upon to act, and to decide, by acting, what line we will etch into the history we create. Each one of us is sinking, if we are honest with ourselves, and we must decide what song we will sing before we go down.

I have written, recently, of "political forgiveness," and the principle applies both to persons and to policy. It is always tempting to look back, and to tell the world, "I told you so. This, or this, or this decision was wrong. I knew better than you did what we ought to have done; you will have to admit it now!"

Primack's most recent column, and a number of his earlier columns, seem to be of this genre. What is most important, however, is not to revisit our past mistakes. Whenever we act - and act we must - we  act in the moment in which we find ourselves.

Our individual and collective assignment, today, is not to revisit that "first line" decision we either made, or didn't make, in the past; it is always to decide where we should go from here!

No matter what line we drew yesterday (and our past choice, of course, is affecting our current situation), we have an opportunity, today, to draw that "first line" again.