#143 / Some Political Advice From A Rich Guy 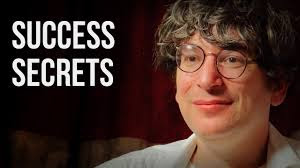 James Altucher, pictured above, is a hedge fund manager, and he wants to make you a success. You could buy his book(s), for instance. Doing that might, or might not, increase your own annual income, but it would definitely increase Altucher's net worth. I have already used this blog, in an earlier posting, to give my views on the Altucher formula. I am not that enthusiastic!

In this posting, however, I want to link to one of Altucher's more recent statements, in which he outlines some of his political views. I am recommending his article, "To Stay Sane in an Age of Broken Politics, Admit What You Don't Know." Altucher's article was published in Quilette on May 9, 2019.

Among other things, Altucher compares our current politics to a "reality show," though he never specifically notes that this is not, actually, a simile, or a metaphor, but is, in fact, an accurate description of what our politics has become. Most recently, of course, we did elect a reality show host to serve as our President.

What I liked about the recent Altucher article (besides the fact that he isn't trying to sell us anything - other than the notion that he is a REALLY smart guy) is that he says that our politics depends on us.

True, that!! It's not a reality show, after all!