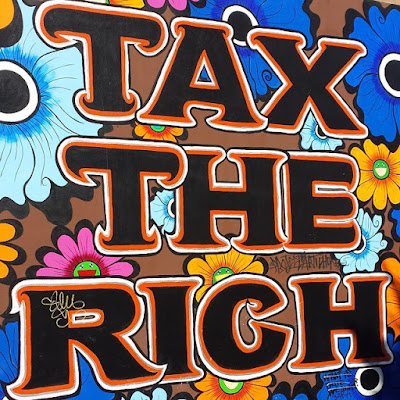 ... Is Harder Than It Sounds

Writing in The New York Times, Jesse Eisinger and Paul Kiel, who are both reporters at ProPublica, say that it may not be that easy to "tax the rich." Their article is titled, in the hard copy version of the paper, "Taxing the Rich Is Harder Than It Sounds."

The Times' article is worth reading. It points out that those who work in the world of finance (in other words, those who are and/or who represent the truly rich) have better lawyers and advisors than the United States Government, specifically including those lawyers, accountants, and others who work for the Internal Revenue Service. In fact, the IRS has been "eviscerated," according to Eisinger and Kiel. Trying to raise taxes on the super-wealthy is like asking the IRS to "take on a modern army with spears and clubs."

What this says to me is that we will actually have to elect representatives who will pay attention to the details of how to govern, as opposed to those mainly interested in getting elected. Presuming that we could actually elect a majority of the Congress that represented ordinary people, as opposed to the super-rich, those whom we elect will have to focus on the details. It may be difficult to "tax the rich," but it is certainly not impossible.

It won't happen, though, unless candidates will explicitly say that this is one of their objectives, if elected. Candidates would have to convince the voters who send them to Congress that "taxing the rich" is not only fair, it's the only way that this nation will ever be able to address its challenges, and to achieve its aspirations.

I must admit, this sounds a little bit like "populism" to me!