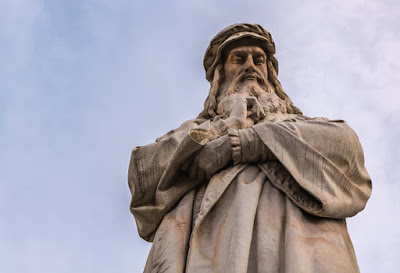 An article in The Conversation, commenting on the Notebooks of Leonardo da Vinci, cited this passage:

By the ancients man has been called the world in miniature; and certainly this name is well bestowed, because, inasmuch as man is composed of earth, water, air, and fire, his body resembles that of the earth; and as man has in him bones — the supports and framework of his flesh —, the world has its rocks — the supports of the earth; as man has in him a pool of blood in which the lungs rise and fall in breathing, so the body of the earth has its ocean tide which likewise rises and falls …

Arielle Saiber, Professor of Romance Languages and Literatures, Bowdoin College, and the author of the article, characterized this observation as follows: "Unlike many thinkers of his time who anthropomorphized the Earth, Leonardo terramorphized man (emphasis added)."

Because humans have the power to create a world, based on their visions and actions, our tendency is to think that "man," indeed, is "the measure of all things." That phrase comes from Protagoras. If we don't pay attention, we start believing that the World of Nature is not the ultimate reality, but that the ultimate reality is a human-created world that is, actually, dependent on the World of Nature.

We anthropomorphize the Earth, instead of terramorphizing the human.

It looks to me like Leonardo got it right! 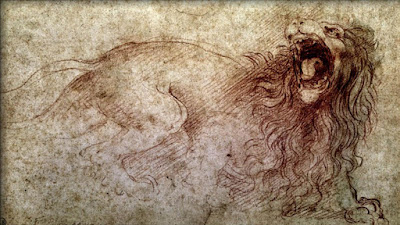