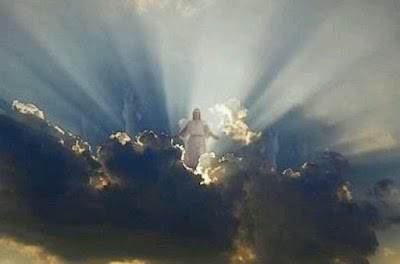 Laila Lalami is a Moroccan-American novelist and essayist. Among other things, she writes for The Nation, and one of her recent columns was titled, "Stop Expecting Saviors." Lalami was talking about "political" saviors, not religious ones, and she was specifically suggesting that we should not be focusing all of our political energies on the upcoming presidential election.

I recommend her column. Here is an excerpt:


It wasn’t so long ago that a Democrat who was viewed as a savior by millions was elected president. Among other things, Barack Obama promised a public health-care system and an end to the wars in Afghanistan and Iraq. What he delivered instead were Obamacare, limited engagement in Iraq, and a continuation of the war in Afghanistan. No matter what a candidate may promise, the reality is that he or she will have to work with a Congress that is unlikely to share his or her agenda. We ought to take our experience with Obama into account: Spending all of our energies on the presidency—while neglecting Congress—will not result in effective or systemic change. Republican Senate majority leader Mitch McConnell will be up for re-election in Kentucky. So will Senators John Cornyn in Texas and Susan Collins in Maine. Martha McSally is trying to keep her appointed Senate seat in Arizona. Working on those races will be every bit as important as working on the presidential election.


Our political system has been designed as a representative democracy. The way we are supposed to decide what should be done is to work this all out in the Congress, in the chambers populated by our elected representatives. Members of Congress can, within the districts in which they are elected, be held politically accountable. That does take some work, though!

There are reasons, of course, that the system is not working as it is supposed to, but putting our hopes on even the best of our presidential candidates won't solve the problem. Direct, sustained, and unflagging citizen engagement is what will change our politics.

We should pay attention to Lalami. Let's forget about finding a savior among all those candidates running for president. Let's elect members of Congress who will actually do what the majority wants done! We can make them do that, in fact, if we get energized and engaged.