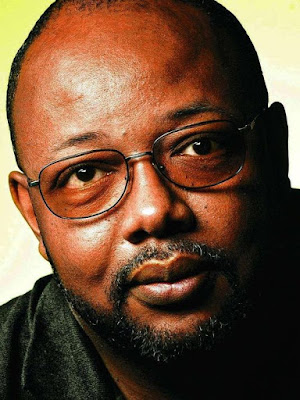 I always enjoy reading the opinion columns of Leonard Pitts Jr (pictured above). Pitts writes for the Miami Herald, and one of his columns appeared in The Mercury News on Sunday, April 7, 2019. The headline on Pitts' column proclaimed that "thoughts of national unity," once seen as statements of a profound truth about our country, now "seem quaint, naive and impossible."

Pitts was contrasting the 2008 campaign speeches of Barack Obama with the speeches now being given by presidential candidate Beto O'Rourke. Pitts said that Obama's words were convincing, in 2008, but that O'Rourke's similar words are unconvincing now. You may remember what Obama said, repeatedly, as he campaigned for the presidency:


Here is O'Rourke's effort, the words that Pitts finds quaint and naive:


Whatever our differences, where you live, who you love, to whom you pray, for whom you voted in the last election — let those differences not define us or divide us at this moment. Before we are anything else, we are Americans first.

In fact, in a Washington Post article republished in that same edition of The Mercury News, Obama voiced some concerns that echo those concerns highlighted by Pitts:

Former president Barack Obama said Saturday that he is concerned about “rigidity” among some liberal Democrats who take aim at others in the party for “straying from purity on the issues.”

His remarks come amid an internal debate in the party over the most effective path to take in challenging President Trump for the White House in 2020. Democrats recaptured the House in November in large part due to a surge of liberal energy. But as some have embraced sweeping proposals such as Medicare-for-all and the Green New Deal plan to combat climate change, others have balked, arguing that the party should take a more centrist approach.

At a town-hall-style event hosted by the Obama Foundation in Berlin, the former president was asked about the art of compromise.

He told the crowd of mostly young people that, in politics as well as in the civic arena, “you have to recognize that the way we’ve structured democracy requires you to take into account people who don’t agree with you.”

“One of the things I do worry about sometimes among progressives in the United States — maybe it’s true here as well — is a certain kind of rigidity, where we say, ‘Oh, I’m sorry. This is how it’s going to be,’” Obama said.

He lamented that Democrats sometimes create “what’s called a ‘circular firing squad,’ where you start shooting at your allies because one of them is straying from purity on the issues.”

“When that happens, typically the overall effort and movement weakens. . . . You can’t set up a system in which you don’t compromise on anything. But you also can’t operate in a system where you compromise on everything; everything’s up for grabs. That requires a certain amount of internal reflection and deliberations.”

To me, it seems that Pitts is operating on the premise that there is a "reality" about the state of our "union" that is objective. Pitts seems to think that when Obama talked, in 2008, there was a fundamental unity in the nation, and that this was recognized by Obama. Now, Pitts would say, there no longer is such a fundamental unity, and O'Rourke's efforts to conjure it back are "naive" and even "quaint."

I think there is a confusion here between the perspective of an "observer" and the point of view taken by an "actor." We are, of course, both actors and observers. We both "observe" the world around us, and we take action in that world, and by doing so both create and change it.

Obama's powerful words were intended to, and did, transform reality to establish what he spoke of - a fundamental unity underlying our many divisions. That reality, to which Obama spoke, is still there. Let's not forget that. The divisions are obvious. The unity is submerged. When we succumb to the notion that "reality" is simply what we see, instead of reality being the consequence of what we "do," we are truly lost.

There is nothing "quaint" or "naive" about understanding that we bring a world into being by what we  do, and that we can do only what we, first, believe. The reality of the world we ultimately inhabit will be based upon those statements that define for us what we insist the truth must be.

The metaphor for this phenomenon that has always spoken most powerfully to me is that we can, with faith, "walk on the water."

We can. And nothing is "impossible." We simply have to insist on a human world that conforms to what we know we need and want. We must never concede to an apparent reality that is unacceptable.

Not everyone can call us to recognize this truth. Obama did. Ojalá that someone, this time, can do so again!