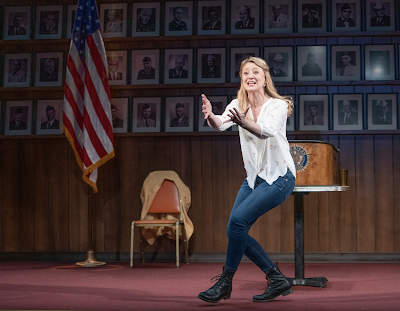 Everybody knows about "taking the Fifth." The phrase means that the person using it is asserting his or her right not to be forced to provide testimony that might be incriminating. The Fifth Amendment to the Constitution has some other features, too (see below), but when you "take the Fifth" you are definitely laying claim to its statement that "no...person...shall be compelled in any criminal case to be a witness against himself...."


Amendment V
No person shall be held to answer for a capital, or otherwise infamous crime, unless on a presentment or indictment of a grand jury, except in cases arising in the land or naval forces, or in the militia, when in actual service in time of war or public danger; nor shall any person be subject for the same offense to be twice put in jeopardy of life or limb; nor shall be compelled in any criminal case to be a witness against himself, nor be deprived of life, liberty, or property, without due process of law; nor shall private property be taken for public use, without just compensation.

Nobody has ever "taken the Ninth," at least not to my knowledge. Or, .... let me rephrase that: nobody uses that language to claim the protections that are provided by the Ninth Amendment to the Constitution. See below for the full text:

Amendment IX
The enumeration in the Constitution, of certain rights, shall not be construed to deny or disparage others retained by the people.

In essence, the Ninth Amendment says that we all have many "rights" that are not specifically listed in the Bill of Rights, and that we can rely on these unspecified rights, vis a vis efforts by the government to tell us how we have to behave. Our unspecified and unenumerated rights are just as solid and trustworthy as those ennumerated rights spelled out in the Constitution. We could call the assertion of those rights as "Taking the Ninth."

When I teach the Bill of Rights to Legal Studies students at the University of California, Santa Cruz, I not only cite to Griswold v. Connecticut, which made this point clear, as the Supreme Court held  in that case that married persons have a "right" to use contraception, should they wish to, but I then also refer my students to the foundational document of our American system of government and law: The Declaration of Independence.

None of us should forget what the Declaration says about our rights:

We hold these truths to be self-evident, that all men are created equal, that they are endowed by their Creator with certain unalienable Rights, that among these are Life, Liberty and the pursuit of Happiness (emphasis added).


The "rights" to which the Ninth Amendment refers (those rights not spelled out specifically in The Bill of Rights) are the "unalienable" rights to "life, liberty, and the pursuit of happiness." The right to pursue happiness, and to enjoy life, and liberty, are rights that are neither limited nor constraining. Those are the rights, in the end, to which the Ninth Amendment refers. We "retain" those rights, and they don't have to be spelled out!

I happened to be thinking about these issues because of a review I read in The New York Times on April 1, 2019. A new play, now on Broadway at the Helen Hayes Theatre, is titled, "What the Constitution Means To Me." A scene from the play appears in the picture at the top of this blog post. Click right here to read The New York Times' review. The review makes me want to go to New York City, just to see this play!

Here is a brief excerpt from the review that made me think about the Ninth Amendment:

Ms. Schreck’s jokes, left unrefrigerated a second too long, keep curdling after the laugh. She zooms past certain details — such as growing up in an “abortion-free zone” — as if they were haunted houses.

They are. And in the next part of the play, removing her jacket and reintroducing herself as a grown woman less eager to please, she lets the ghosts out. We learn about her great-great-grandmother, a melancholic mail-order bride; the history of domestic abuse in her family; and her brush with certain rights the Supreme Court eventually located in the “penumbra” of the Ninth Amendment and in the right to privacy of the 14th.

Though neither of these concepts is explicit in the document, the teenage Ms. Schreck merrily interprets them as prime examples of the framers’ brilliant modesty. “The Constitution doesn’t tell you all the rights that you have,” she says, “because it doesn’t know.”

I do love that! Sometimes, we don't know, ourselves, all the many rights we have. When we realize what they are, and assert them, we are on firm Constitutional ground. Our "rights" to life, liberty, and the pursuit of happiness" are guaranteed. The Ninth Amendment tells us so.