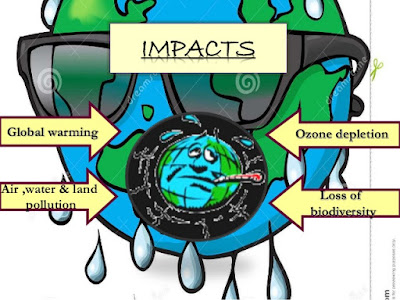 An opinion editorial in the April 3, 2019, edition of The New York Times caught my attention. The headline was "Big Tech Was Designed to Be Toxic." The editorial sought to explain why "Facebook, YouTube and Twitter have become hotbeds for extremism, propaganda and bigotry."

The author of the Op-Ed, Charlie Warzel, claimed that "there is a tendency to overcomplicate things." His explanation was pretty simple:


The original sin, it seems, isn’t all that complicated; it’s the prioritization of growth — above all else and at the expense of those of us who use the services.


"Growth" as a goal, in almost any context, leads us down the wrong path. How about aiming for a "steady state." How about defining "progress" as maintaining and enhancing the quality of what we already have?

In the 1970's, in Santa Cruz County, California, which was then the fastest growing county in the state and the fifth-fastest-growing county in the United States, the voters decided that promoting "growth" was contraindicated. In June 1978, by adopting Measure J, a referendum measure submitted to the voters and adopted on a countywide vote, the people of Santa Cruz County declared that the promotion of "growth" had to be subservient to other, more important ambitions.

The graphic at the top of this blog posting, illustrating what "growth" is doing to the planetary environment on which all human life depends, was found from a Google search for images that illuminate "growth and greed."

The kind of unthinking growth to which we seem increasingly addicted, including with respect to the online, high-tech services discussed by Warzel, is another name for "greed."

Let's not "overcomplicate things." When "growth" reflects "greed," what it produces will never be "good."