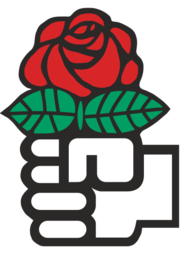 Alan S. Blinder, a professor at Princeton, has taken to the pages of The Wall Street Journal to provide this warning: "Democrats, Stop Pretending to Be Socialists." While Blinder is writing for a newspaper known for its conservative and Republican Party proclivities, he did serve in the administration of President Bill Clinton, and he does have continuing credentials as a bona fide Democrat. Here is how Blinder's column begins:

It is now clear that the Republican trope for the 2020 campaign will be that the Democrats are a bunch of socialists. That’s ridiculous, of course. But sadly, a tiny number of Democrats are playing right into their hands.

Blinder's frustration is based on the fact that he thinks Democrats may be walking into a pit of political quicksand, as they talk about "democratic socialism" and "social democracy." His concern is similar to the frustration I expressed in this blog, just a few days ago, in my posting titled, "Irredeemable Capitalism."

Campaigning on the basis of "systems," in my view, is a sure way to turn off the voters. Critiques of "capitalism," in other words, just don't sell well in our contemporary United States - however legitimate it might be to question contemporary capitalism.

But what about an appeal to "make the giant corporations pay workers fairly for the economic success that those workers create?"

Attach that to some specific ideas of how to implement the principle, and I think the Democrats would have a political formulation that could really work!