Pictured are Tapio Schneider, Colleen Kaul, and Kyle Pressel, of the California Institute of Technology. According to an article in Quanta Magazine, these scientists have identified a tipping point at which stratocumulus clouds break up. Perhaps they are pleased to have undertaken some successful scientific research and to have "proved their thesis." Really, however, there isn't very much to be happy about.

According to "A World Without Clouds," the result of the computer simulation work done by Schneider, Kaul, and Pressel demonstrates that continued emissions of carbon dioxide will not only lead to the level of global warming that we have already heard about. It appears that continued emissions of carbon dioxide will also cause the disappearance of the clouds that currently cover about two-thirds of the surface of the Earth. If or when this occurs (and scientists are saying within a century), the temperature of the Earth will climb far beyond the current global warming estimates, which are, of course, already bad enough:

The climatologist Michael Mann, director of the Earth System Science Center at Pennsylvania State University, said that even 2 degrees of warming will cause “considerable loss of life and suffering.” He said it will kill coral reefs whose fish feed millions, while also elevating the risk of damaging floods, wildfires, droughts, heat waves, and hurricanes and causing “several feet of sea-level rise and threats to the world’s low-lying island nations and coastal cities.”

At the 4-degree end of the range, we would see not only “the destruction of the world’s coral reefs, massive loss of animal species, and catastrophic extreme weather events,” Mann said, but also “meters of sea-level rise that would challenge our capacity for adaptation. It would mean the end of human civilization in its current form.”

Some sort of a Green New Deal might help quite a bit, if we can make it substantial enough. We need to cut our carbon emissions to as close to zero as we can get. Heroic efforts will be needed.

And then, we could also start planting trees. Another article from Quanta Magazine says we are underestimating the power of plants! 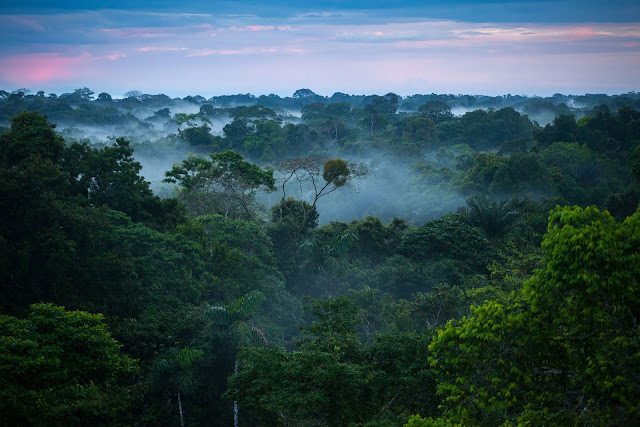