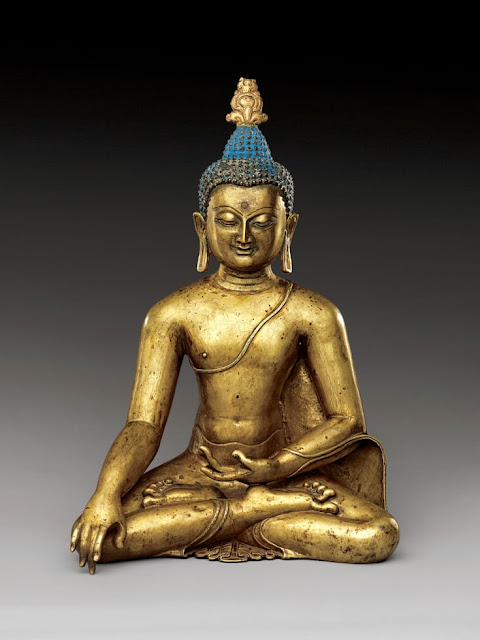 In the fifth century BCE, the age of the historical Buddha ... a rather peculiar principle of reasoning appears to [have been] in general use. This principle is called the catuskoti, meaning "four corners." It insists that there are four possibilities regarding any statement: it might be true (and true only), false (and false only), both true and false, or neither true nor false.

This quotation is from an article by Graham Priest, a professor of philosophy at the City University of New York. The article, published in Aeon, is  titled, "Beyond true and false." Priest points out that Western philosophy assumes something quite a bit different from a "four corners" philosophy:

Aristotle insisted on "two singularly important rules. One of them was the Principle of Excluded Middle (PEM), which says that every claim must be either true or false with no other options (the Latin name for this rule, tertium non datur, means literally ‘a third is not given’). The other rule was the Principle of Non-Contradiction (PNC): nothing can be both true and false at the same time. ... Aristotle defended both of these principles against transgressors [and] succeeded in locking the PEM and the PNC into Western orthodoxy, where they have remained ever since.

Having established the tension between Buddhist philosophy and traditional Western philosophy, Priest goes on to find them, essentially, the same; at least, that's the way I read his essay, which is probably only truly understandable to those who like mathematical logic a whole lot more than I do. I definitely recommend the article, if you are among that number.

What I get out of the discussion is something a bit different. Without trying to deduce any logical proof of anything (I leave that to Priest), I think it is instructive to consider that we should be willing to think that definitive statements about truth and falsity are to be avoided at all cost. Using that "four corners" way of thinking about things will help us live in the world in the right kind of way.

Let's consider, specifically, the First Amendment to the United States Constitution. That Amendment establishes a "first principle" for our government, and is phrased as follows: "Congress shall make no law respecting an establishment of religion, or prohibiting the free exercise thereof." To me, this suggests our American appreciation that none of us can know, in the end, what is really, and ultimately, true. Thus, because we can't know, we had better not start trying to legislate about that!

I am thinking that the "four corners" way of thinking about the world has a lot of advantages!