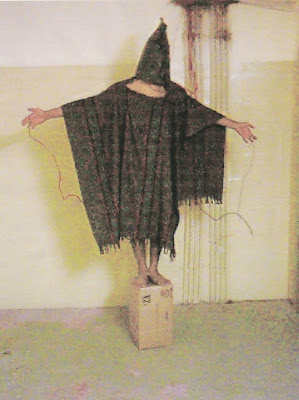 The current head of the CIA, Gina Haspell, was directly implicated in the U.S. torture program, and our current president, Donald Trump, has a "real passion" for bringing back torture.

In a New York Times opinion column, published on December 22, 2018, J. Kael Weston contemplated just such a possibility. Weston teaches at the Marine Corps University in Quantico, Virginia. Here is what he said about Mattis and torture:

General Mattis commanded troops in some of the bloodiest fronts of the Iraq and Afghanistan wars. Yet he remained cleareyed in his opposition to torture, arguing that it was inhumane, illegal and ineffective.


We need to make sure that our elected representatives in the United States Senate do not confirm anyone as Secretary of Defense who will not promise, unequivocally, that those three "I"s will continue to guide our policy, where torture is concerned.

NO TORTURE (period) must be the rule. If morality and legality don't do it for you, just remember that torture is "ineffective," too.