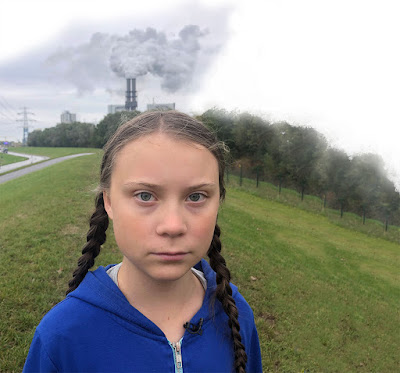 Significant political changes appear, almost always, as a kind of unexpected miracle. They appear, seemingly, out of nowhere, and precipitate profound changes. The student-initiated Parkland protests, for instance, are an example of people doing unexpected things, and changing the nature of the politically possible.

Greta Thunberg, pictured here, is fifteen years old. She lives in Stockholm, Sweden, and has refused to attend school. Instead, she has been sitting outside the Swedish Parliment with a sign that says, "School Strike for Climate." Thunberg's protest began in August 2018. By early December, more than 20,000 students around the world had joined her. The school strikes have spread to at least 270 towns and cities in countries across the world, including Australia, the United Kingdom, Belgium, the US and Japan. It is Greta's position that "Grown-ups Have Failed Us."

That is true, of course.

So, grown-ups, what are we going to do about that? 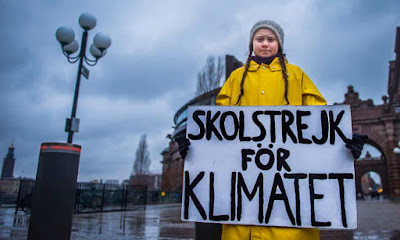