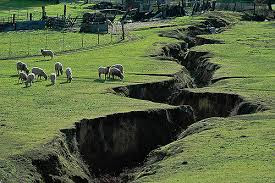 America is trapped in a politics that is ever more embittered and divided. So says Fault Lines, a book that claims to be able to tell us how we got ourselves into this predicament. Unfortunately, the book is apparently not up to that task. At least, not if you believe the review published in The Wall Street Journal on January 13, 2019.

Barton Swaim, who wrote the review, thinks that the authors of Fault Lines are essentially left-leaning political hacks who blame the Republicans for everything. I haven't read Fault Lines, so I don't know, but I think we should probably attribute responsibility for our situation more or less equally as between the political parties.

In addition, I am not as interested in "how we got here?" as I am in "how the heck do we get out?"

As our government remains shut down, precisely because Americans (or at least their elected representatives) are so embittered and divided, how we bridge that yawning gap between the parties strikes me as the real question.