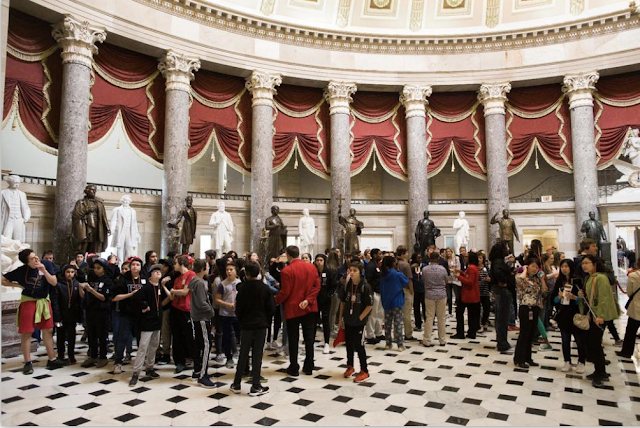 An article in the November 23, 2018, edition of U.S. News & World Report was titled "Uninformed and Unengaged." The article bemoaned the lack of civics courses in the nation's schools, and I do think that's a problem. You can't really have an effective system of "self-government" if citizens don't know how the government actually works.

Today, the Citizens Climate Lobby, which is organized both nationally and through local groups, is trying to do something similar to those Vietnam War-era Teach-ins, with a series of regional and state conferences, focusing on positive ways to respond to the global warming crisis that is putting both the natural environment and human civilization in peril.

The Indivisible movement, also organized both nationally and through local groups, is attempting to revive democratic politics in various ways, including through a series of "town halls," which have a lot of the elements of a Teach-in.

Civic education? Let's not forget we can "do it ourselves."