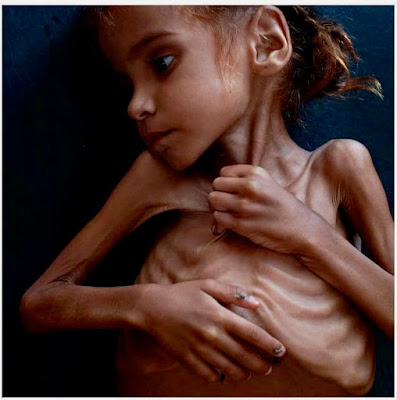 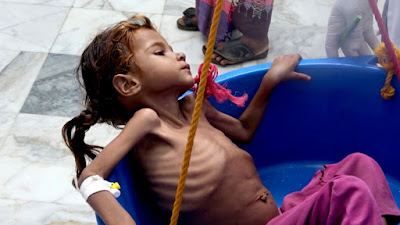 The pictures here, showing a starving child in Yemen, are from an article that discusses how Facebook refused to allow these pictures to be published on its platform, because the pictures did not meet "community standards." The images were originally part of a New York Times article, but Facebook removed them anyway. After protests, Facebook restored public access to the photographs.

In his opinion piece, published in October, 2018, Mike Shedlock argues that we must be willing to be "brutally honest" as we confront the realities of United States foreign policy. The pictures illustrate some of the consequences of the United States government's alliance with Saudi Arabia in its war in Yemen.

I don't like looking at these pictures. They are profoundly disturbing. But I like even less the fact that our government has made me complicit in causing the conditions of starvation that these pictures document. It is unconscionable that a social media platform should presume to curate the truth, to keep me from knowing what the United States government is doing in my name.