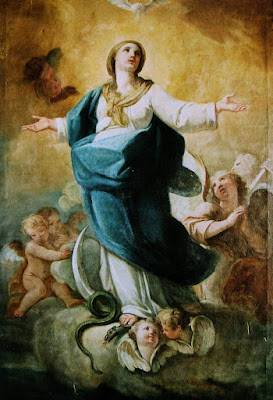 As the New Year arrives, obvious references to religion tend to recede into the deep background. That's my observation, at least, based on what I see in newspaper columns and other public commentary. I wouldn't be surprised to find that my own blog posts might follow that same rule, since they are so often prompted by what I read in the morning newspapers, or in the magazines that arrive, like a continuing Normandy Invasion, in my front porch mailbox.

If that prediction about the prominence of religious topics in the popular press proves to be accurate, this blog post, which definitely touches on religious themes, may be the last clear evidence, for the year to come, of my own brand of religious thinking. Call it a "grace note," if you'd like. According to Wikipedia, a "grace note" is "melodically and harmonically nonessential." It could be that thinking about "grace" (or religion) is not really "essential" to a writing endeavor aimed at understanding the "political world" in which we most immediately live. However, there could be a good argument on the other side, too!

The picture above accompanied a column that appeared in the online version of the Christmas Eve edition of The New York Times. The column, by Peter Wehner, was titled, "The Uncommon Power of Grace." For those who don't know who Wehner is (count me in that number until I looked him up), he is something of an evangelical anomaly. To get the drift of his political and relgious position, I will link his column from December 2017. That will give you a good idea. Wehner titled that 2017 column, "Why I Can No Longer Call Myself An Evangelical Republican."

In his recent, 2018 column, Wehner argues that "Grace" is what is unusual about Christianity. In mking this argument, Wehner quotes C.S. Lewis, whom I commend to you as a genuine authority on religion in general, and Christianity in particular. "Grace," says Wehner, exemplifies a truly revolutionary idea; namely, "radical equality."

Religion is in deserved ill-repute, in my mind, because it is largely used to impose hierarchial, patriarchial, and authoritarian control over free individuals, in the name of "God," but to the benefit of the "powers that be." Religion, as commonly thought of, is not a gospel of "radical equality," but a technique of social control.

Focusing on "grace," in the religious sense, pierces these structures of authoritarian control by proclaiming that "everyone" is acceptable. Nationality, race, gender, and both religious and political affiliations are not what counts. Everyone is "saved," to use the common Christian trope. "Salvation" is achieved not by submission to authority but by "grace," which is accessible to all. Grace is a power, in orther words, to which everyone can and does have access. It is, in fact, the source of human freedom.

That, to me, is an idea worth having. And such a "religious" concept is truly able to provide a "Happy New Year" message. It does have a lot to say about how we can (and must) take action in our "political world."