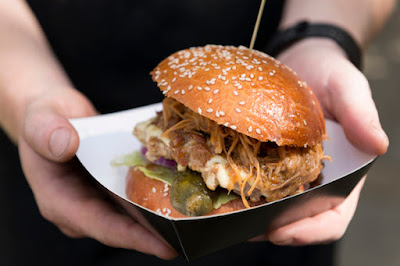 George Lakoff is a professor of linguistics and cognitive science at UC Berkeley. He is also the author of Don’t Think of an Elephant. Lakoff tells us, in his much-acclaimed book, that "framing" the debate, in public discourse, is what really counts, not the quality of the arguments you advance. A recent interview with Lakoff, published in Vox, an online magazine, has some advice for the Democratic Party:

DEMOCRATS BELIEVE IN WHAT IS CALLED ENLIGHTENMENT REASONING — THAT IF YOU TELL PEOPLE THE FACTS, THEY’LL REACH THE RIGHT CONCLUSION. THAT JUST ISN’T TRUE.

Lakoff also suggests that the reporters covering the president are actually helping to promote the lies that the president puts forth virtually every time he opens his mouth, or fires off a Tweet. Here is a snippet from the Vox interview with Lakoff, to give you the idea:

But if the president spreads malicious lies, those lies have consequences. Take the recent shooting at the Tree of Life synagogue. Trump helped popularize a conspiracy theory about George Soros funding a caravan of illegal immigrants, and an extremist took that claim seriously and acted on it. Isn’t that a strong case for why we have to expose or challenge lies?

So how exactly should the media have responded in this case to the Soros conspiracy theory tweeted by the president?

By not reporting it.

George Lakoff
There’s another possibility. Journalists could engage in what I’ve called “truth sandwiches,” which means that you first tell the truth; then you point out what the lie is and how it diverges from the truth. Then you repeat the truth and tell the consequences of the difference between the truth and the lie. If the media did this consistently, it would matter. It would be more difficult for Trump to lie.

Margaret Sullivan, Media columnist for The Washington Post, was urging the "truth sandwich" approach back in June. Most recently, however, Sullivan is suggesting that the press simply not cover the lies told by the president and his confederates. This seems to be what Lakoff has been advancing as the preferred strategy. In discussing how to respond to the lies told by Kellyanne Conway, "Counsellor to the President," Sullivan suggests that reporters simply avoid ever entering the "Kellyanne Zone."

When news organizations hand a megaphone to lies — or liars — they do actual harm. What the president himself says must be reported, of course, but only within the context of what we know. To state it without immediate, adjacent reference to factual reality is to enter the Kellyanne Zone. In an era rife with disinformation — and American democracy teetering on a precipice — that’s the wrong place to be.

My conclusion? Instead of trying to whip out a "truth sandwich" eveerytime the president lies, we need to be going on a diet, instead!