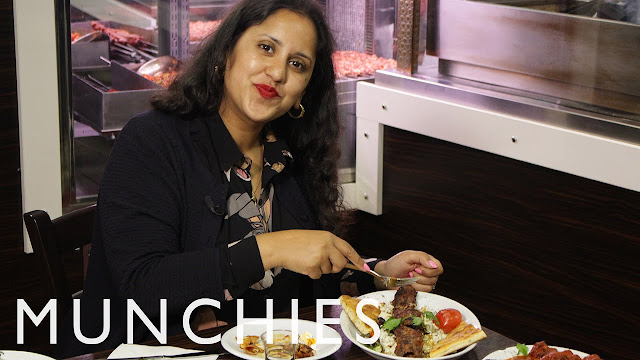 I like to keep up with modern trends. At least, generally!

On the other hand, one modern trend about which I have only recently become informed doesn't attract me at all. Here's an article from The Guardian, which is where I learned about this apparent new trend. Apparently, it is now "a thing" to watch YouTube videos of other people eating.

Quartz, an online magazine of sorts, attributes this phenomenon to loneliness. That seems about right to me. Quartz thinks we should take loneliness seriously. That is definitelhy my opinion, too.

I am a big Hannah Arendt fan, and Arendt had something important to say about loneliness. She said that when loneliness becomes a social epidemic, totalitarianism may be coming soon after.

While isolation concerns only the political realm of life, loneliness concerns human life as a whole. Totalitarian government, like all tyrannies, certainly could not exist without destroying the public realm of life, that is, without destroying, by isolating men, their political capacities. But totalitarian domination as a form of government is new in that it is not content with this isolation and destroys private life as well. It bases itself on loneliness, on the experience of not belonging to the world at all, which is among the most radical and desperate experiences of man.

- Hannah Arendt (The Origins of Totalitarianism)


If you'd like to watch someone eat, I am game. Let's do lunch!