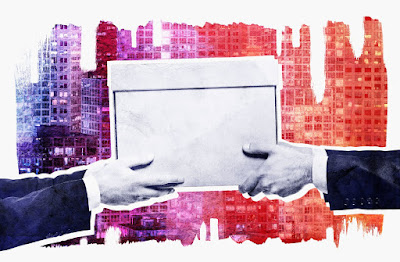 I have never been all that interested in jumping into the often highly-charged and highly-theoretical arguments that revolve around "capitalism" and the "market." Marxist and socialist friends and acquaintances have enjoyed the debate, I think, but I have never really wanted to get into it. I don't like the kind of results that our current economic system is producing, but I am not very enthusiastic about a system that would reduce or even eliminate the central role that individual choice plays in our current economic arrangements.

The problem with "the market system," as we typically think of it, is that individuals don't have an equal status within the marketplace. We rely upon the marketplace to regulate the production and distribution of goods, but the system we have reflects the "golden rule" of economics. Those who have the gold get the goods. They get their way with respect to pretty much everything else, too.

I enjoyed an article that appeared in a recent edition of Truthout, "Capitalism Is Not the 'Market System." I thought the article clarified a key point:

Markets are a means of distributing resources and products, goods and services. Quid pro quo exchange defines markets: one person offers to sell to another who offers to buy at a mutually agreed ratio that may or may not be mediated by money. To say that a market exists means that such an exchange system is what accomplishes distribution. To say that a market exists says nothing about how production is accomplished or how resources are converted into products. Capitalism, on the other hand, is a description of how the production of goods and services is organized, and how the participants relate to one another in the process of production. Thus conflating “capitalism” with “the market system” loses sight of the fact that markets can exist in relation to different systems of production....

If productive enterprises remain structured around the employer-employee relationship, they remain capitalist with or without a coexisting market system.

The way I read this, the problem is found in the "ownership" structure of capitalism. Capital, or "money," owns the means of production, and that "golden rule" definitely applies. Money wins over the workers, and those who actually produce don't "own" the production for which they are responsible.

The solutions are many, and they all involve ensuring that the workers who are "employees," and who, through their employment, actually produce the goods that represent the wealth of the nation, are also "owners" of the goods they produce.

This is really what Jeremy Corbyn, of the British Labour Party, is advocating. I wrote about the idea of worker ownership on October 6th. This Truthout article makes the point quite clearly: the "market system," which has a lot of advantages over placing government bureaucracies in the role of making the key decisions about production and distribution, can be completely divorced from "capitalism," which means that money owns everything.

Money doesn't own everything. At least it doesn't have to. Not if we decide differently about who gets to "own" the products that result from our productive work!