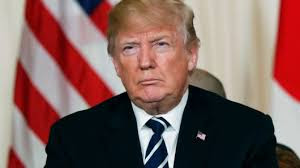 Patriots put love of their own people first, while nationalists put hate for other people first.

And this from our first President, George Washington, in a letter he wrote, after a visit to Newport, R.I., where he was enthusiastically received by, among others, members of the local Jewish community. It was dated Aug. 18, 1790:

Gentlemen: While I receive, with much satisfaction, your Address replete with expressions of affection and esteem, I rejoice in the opportunity of assuring you that I shall always retain a grateful remembrance of the cordial welcome I experienced in my visit to Newport, from all classes of Citizens.

The reflection on the days of difficulty and danger which are past is rendered the more sweet, from a consciousness that they are succeeded by days of uncommon prosperity and security. If we have wisdom to make the best use of the advantages with which we are now favored, we cannot fail, under the just administration of a good Government, to become a great and a happy people.

The Citizens of the United States of America have a right to applaud themselves for having given to mankind examples of an enlarged and liberal policy: a policy worthy of imitation. All possess alike liberty of conscience and immunities of citizenship. It is now no more that toleration is spoken of, as if it was by the indulgence of one class of people, that another enjoyed the exercise of their inherent natural rights. For happily the Government of the United States, which gives to bigotry no sanction, to persecution no assistance, requires only that they who live under its protection should demean themselves as good citizens, in giving it on all occasions their effectual support.

Credit for this blog posting goes to Thomas Friedman, columnist for The New York Times, writing in a column that appeared in the Wednesday, October 31, 2018 edition of the paper.