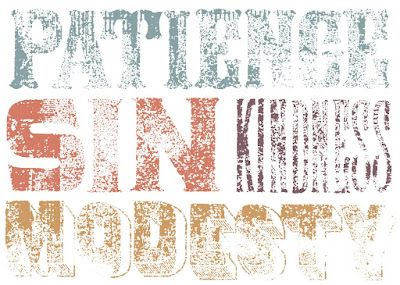 Jonathan Merritt is a contributing writer for The Atlantic, and he is the author, most recently, of “Learning to Speak God From Scratch: Why Sacred Words Are Vanishing — And How We Can Revive Them.” What I assume is a shorthand version of his entire book appeared in a newspaper column in The New York Times on Sunday, October 14, 2018. Click the link provided in the next sentence if you'd like to read it. The column was titled, "It’s Getting Harder to Talk About God."

I think Merritt is right about that. It is getting harder to "talk about God." That judgment is based simply on my own observations, but Merritt has statistics to back up his assertion.

I do these blog postings mainly for myself (to "take notes" about my thoughts and observations and to be sure that I write something each day, which I think is a good discipline). I do know that some people read what I write, and of course, I am delighted if they do. For any of those, and especially for those who would resist "talking about God," which includes a number of my closest and dearest friends, let me say that I think it is imperative that we all start "talking about God" a lot more - and particularly in the way that Merritt defines "talking about God," since he focuses on the use of "sacred words" in our ordinary conversations.

By our use of "sacred words," we admit, ipso facto, that there is a "sacred" reality that is different from the down and dirty realities we live in day by day. Recognizing this, in my opinion, is profoundly important. The future of human civilization hangs on our ability to make contact with that sacred realm and to call others to it.

Any long-term reader of this blog will remember my "Two Worlds Hypothesis." I suggest that we live in two worlds, simultaneously. Most immediately, we live in a human world that we create. This is a "political world." In the world we create, "possibility" is the watchword. All human arrangements, like all human laws, can be changed, thus transforming the realities of our immediate existence. So often, we disempower ourselves by acting as though what "is" is somehow "inevitable." And in the political world, the opposite is the case.

However, we live not only in the "political world" that we create; we live also, and ultimately, in the World of Nature, A WORLD THAT WE DID NOT CREATE. This is the world that God created. As marvelous as we are, and as wonderful as our human creations are, we are not self-sufficient. We are absolutely and utterly dependent on the World that God made (that is, the world that existed before us, the entire universe, all of reality). The world that we did not create is a mystery, and it is, thus, sacred. The outrages of religion, through the ages, perpetrated by human beings who assert that they are somehow in charge of the world of mystery, are all duplicitous efforts to acquire power within our human world.

The outrages of religion, in other words, are blasphemies against the genuine world of mystery that has, very mysteriously indeed, determined that there will be life at all.

We must find the words to talk about this sacred reality, upon which we depend. The latest report says we have twelve years to change the course of human civilization and to recognize the reality of the World of Nature as the ultimate truth, and to acknowledge the world of human interconnection and love as the ultimate reality.

We need to learn to talk about God.