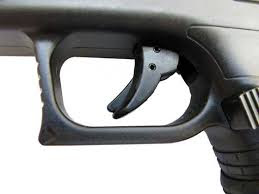 I have a theory, mentioned in earlier blog postings, that people very often do what they think is "expected." A recent article published in Medium provides a bit of corroborating evidence, in the context of a social science experiment on "trigger warnings."

If you teach, you will have heard about trigger warnings. The idea is that certain students may have had past experiences that were profoundly traumatic (the trauma caused by a rape, or by child abuse, etc.) and that talking about a subject like that, particularly with no advance notice, will "trigger" an emotional upset in such a student, related back to the original incident. By telling students in advance that the teacher will be discussing some such topic, students who might suffer an emotional reaction form a discussion of the topic are warned, so they can be prepared; or, in some cases, can actually exit the classroom to avoid the topic entirely.

There are strong feelings on both sides about whether trigger warnings should be routinely provided in college classrooms, and otherwise. Because there is a debate about this issue, social scientists are, naturally, addressing it by doing various social science experiments. A Medium article entitled, "It’s Official — Trigger Warnings Might Actually Be Harmful," reports on one such experiment intended to reveal the actual impact of trigger warnings. If you are interested in the topic, by all means read the article, linked above.

While I am interested in trigger warnings, since I do teach college classes, what most struck me about the article was not so much the specific findings of the study discussed but a more general rule that the study might reveal. Here is how the experiment was set up:

In an online experiment, Benjamin Bellet, Payton Jones, and Richard McNally divided 270 Americans into two groups. Each group was assigned to read a series of passages from classic pieces of literature. All participants read ten passages, five of which contained no distressing material, and five of which contained severely distressing material (e.g., depictions of murder).

The two groups randomly created by the researchers were labelled the “trigger warning condition” and the “control condition”. In the trigger warning condition, each passage was preceded by the following statement: TRIGGER WARNING: The passage you are about to read contains disturbing content and may trigger an anxiety response, especially in those who have a history of trauma. No such warning was given in the control condition.

Emotional ratings about three “mildly distressing” passages were taken before and after the block of ten test passages. This let the researchers find out participants baseline levels of anxiety, and to establish whether the presentation of trigger warnings affected this baseline rating. Emotional ratings were also collected after each markedly distressing passage (a measure of immediate anxiety). In addition to this, participants also provided ratings in relation to their perceptions of emotional vulnerability following trauma (both in relation to their own vulnerability, and that of others), their belief that words can cause harm and that the world is controllable, and finally completed an implicit association test measuring their own sense of vulnerability/resilience.

The result of the experiment?

After controlling for various factors, such as sex, race, age, psychiatric history, and political orientation, the researchers found that those participants who received trigger warnings were significantly more likely (compared to those in the control condition) to suggest that they and others would be more vulnerable to emotional distress after experiencing trauma (emphasis added).

I see these results as a minor confirmation of a general truth about human behavior: we tend to act (not in all cases, but for the most part) as we believe that others expect us to.

If I am right about this general truth, then we need to train ourselves to "expect the best" in all our human encounters. If we don't, we will likely find that we "experience the worst."

Getting what we expect. I do think there is a lot of truth in that.