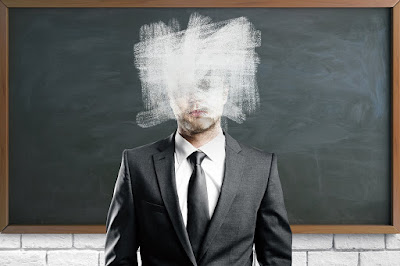 I was impressed by the article, "I Was the Mob Until the Mob Came for Me." The article is the confession of an online social justice crusader who crusaded by attacking those who were not sufficiently committed to the social justice causes he championed:

I was a self-righteous social justice crusader. I would use my mid-sized Twitter and Facebook platforms to signal my wokeness on topics such as LGBT rights, rape culture, and racial injustice. Many of the opinions I held then are still opinions that I hold today. But I now realize that my social-media hyperactivity was, in reality, doing more harm than good.

Every time I would call someone racist or sexist, I would get a rush. That rush would then be reaffirmed and sustained by the stars, hearts, and thumbs-up that constitute the nickels and dimes of social media validation. The people giving me these stars, hearts, and thumbs-up were engaging in their own cynical game: A fear of being targeted by the mob induces us to signal publicly that we are part of it.

Just a few years ago, many of my friends and peers who self-identify as liberals or progressives were open fans of provocative standup comedians such as Sarah Silverman, and shows like South Park. Today, such material is seen as deeply “problematic,” or even labeled as hate speech. I went from minding my own business when people told risqué jokes to practically fainting when they used the wrong pronoun or expressed a right-of-center view. I went from making fun of the guy who took edgy jokes too seriously, to becoming that guy.

When my callouts were met with approval and admiration, I was lavished with praise: “Thank you so much for speaking out!” “You’re so brave!” “We need more men like you!”

Here is how it came down:

Then one day, suddenly, I was accused of some of the very transgressions I’d called out in others. I was guilty, of course: There’s no such thing as due process in this world. And once judgment has been rendered against you, the mob starts combing through your past, looking for similar transgressions that might have been missed at the time. I was now told that I’d been creating a toxic environment for years at my workplace; that I’d been making the space around me unsafe through microaggressions and macroaggressions alike.

I drive food delivery for an online app to make rent and support myself and my young family. This is my new life. I once had a well paid job in what might be described as the social justice industry. Then I upset the wrong person, and within a short window of time, I was considered too toxic for my employer’s taste. I was publicly shamed, mobbed, and reduced to a symbol of male privilege. I was cast out of my career and my professional community. Writing anything under my own byline now would invite a renewal of this mobbing—which is why, with my editor’s permission, I am writing this under a pseudonym. He knows who I am.

Social justice is a surveillance culture, a snitch culture. The constant vigilance on the part of my colleagues and friends did me in. That’s why I’m delivering sushi and pizza. Not that I’m complaining. It’s honest work, and it’s led me to rediscover how to interact with people in the real world. I am a kinder and more respectful person now that I’m not regularly on social media attacking people for not being “kind” and “respectful.”


The phenomenon talked about here isn't uncommon. The warning is one that all of us who communicate online should take seriously.

To me, the key observation is that we need always to be in touch with "people in the real world." The digital/virtual world of social media tempts us to detach ourselves from the people who will be affected by our actions and our words.