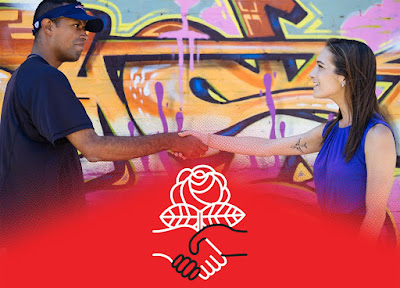 A recent article in The Washington Post is also worth reading. It is titled, "Democratic socialists are conquering the left. But do they believe in democracy?"

Aronoff traces the history of the DSA, and reports on its latest political successes, most notably the primary victory of Alexandria Ocasio-Cortez, who soundly defeated a high-ranking Democratic Party Member of Congress in a recent Democratic Party Congressional primary. Arnoff's article reveals, among other things, that In These Times has been, from the start, closely allied with the two groups that merged their organizations in 1982 to found the DSA: the Democratic Socialist Organizing Committee (DSOC) and the New American Movement (NAM).

I have been a longtime subscriber to In These Times, and I have probably always been a little "soft on socialism," but I never joined up with DSOC, NAM, or the DSA, and I never much thought about why. The reason struck me as I read Aronoff's article. She said this about how she went about reporting on the DSA:

For this story, I spoke with around two dozen DSA members from chapters around the country. The primary source of their excitement was that DSA chapters seemed to be actively working on something, not just sitting around reading Marx.

"Sitting around reading Marx" has never much appealed to me. If that is a fair characterization of how the membership of the various explicitly socialist groups have tended to spend their time (at least until recently), I can see why these organizations have never been that appealing. My brand of left-wing political activism has had me "sitting around reading the Constitution."

My commitment to "revolution," and it's sincere, has much more to do with 1776 than with 1914, or even with 1789 (see Hannah Arendt's book, On Revolution). The American version of revolution is not likely to be of great interest to those who "sit around reading Marx," and that's their loss, in my view.

My advice for the DSA is pretty simple (and it definitely includes a commitment to democracy). I suggest that if the DSA would like to keep growing, its members should start reading the Constitution, the Declaration of Independence, and Lincoln's Gettysburg Address. If lots of people start doing that, I think the DSA will have a bright future.

In other words, in thinking about the future, I think that the DSA should not forget to put some emphasis on the "A." 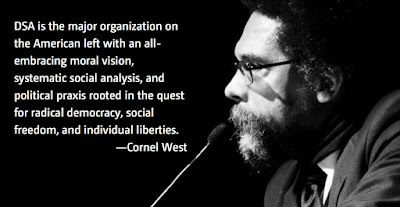