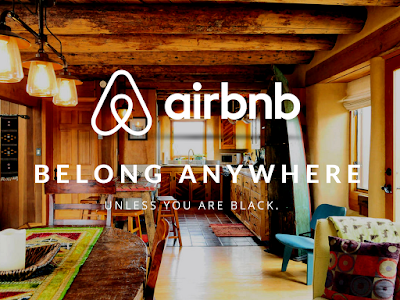 Roger Cohen, columnizing in The New York Times, suggests that "Airbnb Is the New NATO." That's a nice thought. Want world peace? There's an app for that!

Lincoln Daniel, who authored an article about Airbnb on beyourself, would probably disagree with Cohen (though I think politely). You can read about Daniel's adventures with Airbnb by clicking this link. Hint: Daniel's experience was not exactly what Cohen's column hypothesizes about the way Airbnb is a built-in way to bring people together. Daniel, by the way, is black.

Despite Daniel's experiences, I do think that Cohen's point is not without merit, and that the experiences that many people have with Airbnb, and with other apps that implement the "sharing economy," can help demonstrate the validity of my assertion that the world is mainly filled with "good people," albeit some of these good people have religious, political, and other views completely different from the ones that you and I might have.

I have had an idea for a long time (I can't remember whether I have ever discussed it on this blog) that would seek to achieve the kind of international understandings that Cohen says that Airbnb is achieving. My idea, though, does not rely on commercial and profit-driven internet applications as a way to get to the goal.

I actually think it would be a great investment of taxpayer dollars to sponsor an ongoing and massive visitor exchange program that would allow millions of Americans to visit, and live in, foreign countries (at no charge to them) while welcoming into our country millions of people who would come to our country from other places. What about 100,000 North Koreans, for instance, as the first set of visitors we'd welcome here (for maybe a six-month visit)? Less likely, I would bet, that North Korea would be sending atomic missiles our way if all those North Koreans were living over here.

In terms of working towards "world peace," I think that this kind of a program would be a much better investment that the president's proposed "Space Force."

It's just a thought. And let's continue to work on that racism thing, too! As Lincoln Daniel's very polite article reminds us, it sure hasn't disappeared!