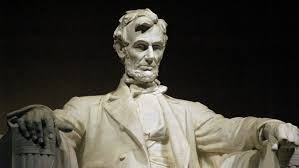 It is my belief that we can learn pretty much everything we need to know about democratic self-government (at least in the United States) by paying close attention to three documents:

I am particularly fond of Lincoln's compact statement at Gettysburg, defining with such economy what the United States is all about (and indicating, as he does so, why the horrendous Civil War was so necessary).


Of, by, and for - those three little words - define the essence of democratic self-government. As we listen to that well-known articulation of what our government is all about, we need to understand that the words are not "equal" in their importance.

Many want (and would be satisfied with) a government that is "for" the people, that will deliver for them. That, definitely, is what we always must demand of the government, that it be for the people. Still, that is not good enough.

As I like to put it, we won't ever have democratic self-government if we don't get involved ourselves.

Lincoln said it better (of course), but let's be clear that this is exactly what Lincoln said.