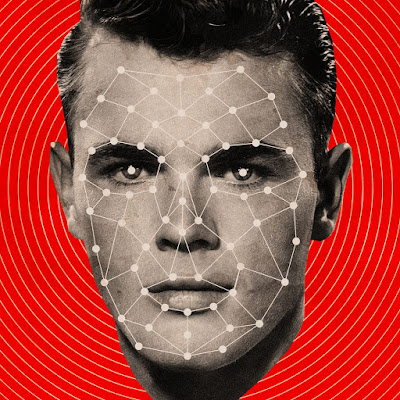 That friendly Amazon superstore you are probably doing business with is now doing business with police agencies, too, selling them software that will allow such law enforcement agencies to track your every movement on a real-time basis. You don't have to log in to your Amazon account to get the benefit of this service. As long as you are using your real face, the monitoring cameras that are showing up just about everywhere will take care of it. Along with that software, of course! The software is kind of like the "secret sauce." If you would like to learn more about this topic, just click this link to be directed to a story that appeared in the Saturday-Sunday, June 23-24, 2018, edition of The Wall Street Journal.

Technology is one thing. Legality is another. Actually, there is probably no provision in the Bill of Rights, or in current law, that prohibits governmental agencies from using facial recognition software to spy on you. If you are walking or driving around in public, then where you are, at any particular time, is actually "public" information. I am not aware of any law or Constitutional provision that would prevent a governmental agency from collecting such public information, and as The Wall Street Journal indicates, some agencies are doing just that, or are preparing to do so.

Here is the more pertinent question. Presuming that it is legal and constitutional for the government to put you under what might be seen as a kind of perpetual surveillance, what may a governmental agency do with the information it gathers? Can a governmental agency, for instance, pull data out of its databanks months or years after the event, to prove that you were in a particular place, at a particular time, and thus quite likely robbed a bank?

A United States Supreme Court decision, Carpenter v. United States, was handed down on June 21, 2018. It was an extremely important decision. Click the link if you'd like to read it. Fair warning: it is 119 pages long.

In Carpenter, by a 5-4 vote, the Supreme Court seems to say that governmental agencies cannot use their high-tech surveillance capabilities to produce evidence that can be used against a criminal suspect. Not unless they collected that data under the authority of a search warrant!

Facial recognition wasn't the technology in question in Carpenter; the technology involved in that case was cell phone site location data. The principle established by Carpenter, though, seems pretty clear. Police were trying to solve a series of bank robberies. Months after the crimes had occurred, they got a tip that Carpenter was probably involved. Figuring that Carpenter might have been carrying around his cell phone during the time these bank robberies took place, law enforcement officials decided to find out what those records might tell them, and so they asked Carpenter's wireless provider to provide them with the cell site location data it had on Carpenter's wireless use, during the time in question. The police found a pattern of phone use that seemed to tie Carpenter to the robberies (which, in fact, he almost certainly committed), and this evidence was introduced at Carpenter's trial and helped convict him.

Was this alright, constitutionally speaking? No search warrant was obtained; the police just asked the company for the data in its records (data that the company had on all of its customers), and the company provided what was asked for.

According to the Supreme Court, it was not ok to use that data! People have an expectation of privacy and do not expect to have their every movement monitored. If police agencies think that someone might be a criminal, the proper thing to do is to get a judge to issue a warrant, so that the government can collect the data it wants under judicial supervision. Treating everyone as a potential criminal, all the time and everywhere, which is what the Amazon software would do, and what happened to Carpenter, will not produce results consistent with the Fourth Amendment:

The right of the people to be secure in their persons, houses, papers, and effects, against unreasonable searches and seizures, shall not be violated, and no Warrants shall issue, but upon probable cause, supported by Oath or affirmation, and particularly describing the place to be searched, and the persons or things to be seized.

There are different ways to look at the Carpenter decision. My criminal law professor at Stanford, Herbert Packer, used to contrast the "crime control model" with the "due process model."

I, personally, think the Court did the right thing, but I'm a "due process" kind of a guy.