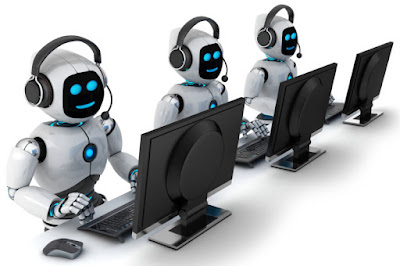 The manipulaation of large datasets is our new world reality. As noted yesterday, this affects our politics (and I don't think for the better). Ultimately, political efforts utilizing the kind of faux personal connections discussed in my blog posting yesterday (and Kirsten Gillibrand is far from the only politician utilizing these tools) will delegitimize democracy. Those on the receiving end of "fake" data-driven political communications will increasingly tune out politics in general.

Dataset manipulation also drives our continuing (and growing) commitment to consumption. Marketing by "robocall" is one manifestation of the phenomenon. According to an article appearing in the June 5, 2018, Wall Street Journal, call centers using the latest robocall technology can make up to six million calls per minute. Per MINUTE! That's what we're told.

Phone companies seeking to increase their business pay call centers a very small "bounty" for each call made, and the call centers often share the revenue with those who hire them to make the calls, thus lowering the price and encouraging the practice.

It's an interesting article. What to do about it? Well, there could be a law prohibiting the practice. What a concept, right? As the Wall Street Journal notes, the current FCC regulations aren't causing a problem for the robocall companies, which can "spoof" local numbers, making you think that the call is coming from someone across town.

Pretending connections when none exist? We shouldn't permit it. If we don't abolish this practice, in politics and otherwise, we will lose the "real" world in which we are, actually, connected to others in extremely important ways.

That is just not a good thing!