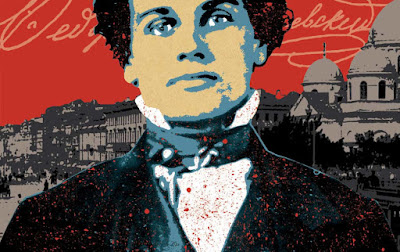 Some would argue that, with the election of Donald Trump, the American public made the most self-destructive and irrational decision in our nation’s history. And yet, despite this overwhelming evidence that rational choice plays little to no part in political decision-making, those who advocate for liberal causes continue to build arguments around logic, facts, statistics, and science, rather than reckoning with the seemingly impenetrable potency of emotions like hate, shame, and fear that lead people to make unreasonable choices and form baseless opinions about one another. Reading Crime and Punishment in 2018, we are reminded of the need to take irrationality and willful self-destruction seriously. They are not only born out of individual choice; they are social forces that can play a much larger role in our politics than we might care to admit.

The statement above is from a book review in the April 16, 2018, edition of The Nation. Jennifer Wilson reviews Michael Katz' new translation of Crime and Punishment by Fyodor Dostoyevsky.

If Wilson is right that "logic, facts, statistics, and science" are not going to provide a remedy for "the most self-destructive and irrational decision in our nation's history," then what will?

We need, in the end, what the religious world has always understood to be critical: Faith, hope, and love.

And the greatest of these is love.