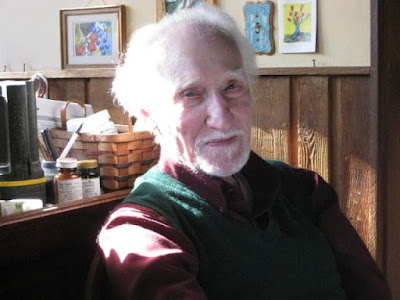 I have written about Sheldon Wolin before. Wolin, pictured above, died in 2015. He was an important political thinker, and he coined the phrase "inverted totalitarianism." That's the system Wolin said is defining politics in the United States today. Chris Hedges explains it as follows:

Inverted totalitarianism is different from classical forms of totalitarianism. It does not find its expression in a demagogue or charismatic leader but in the faceless anonymity of the corporate state. Our inverted totalitarianism pays outward fealty to the facade of electoral politics, the Constitution, civil liberties, freedom of the press, the independence of the judiciary, and the iconography, traditions and language of American patriotism, but it has effectively seized all of the mechanisms of power to render the citizen impotent.

"One cannot point to any national institution[s] that can accurately be described as democratic,” [Wolin] writes..., “surely not in the highly managed, money-saturated elections, the lobby-infested Congress, the imperial presidency, the class-biased judicial and penal system, or, least of all, the media.”

The material quoted above comes from Hedges' November 2015 tribute to Wolin. That article was written well before the election of Donald J. Trump, and the article is well worth reading.

More recently, Hedges has returned to a discussion of "inverted totalitarianism" in an article titled, "The Bankruptcy of the American Left." That article is well worth reading, too.

Hedges illustrates his recent article with the somber skull and cross bones shown below, but bankruptcy is not the same as death. Donald J. Trump, actually,  and his bankruptcy-ridden business career, has proven the truth of that!

However daunting our situation may appear, from the point of view of political analysis (and I think Hedges and Wolin are on the money, analytically), there are no inevitabilities in the political world in which we most immediately live. Dark as our times may be (and dark they are), we do have concrete grounds for an optimistic view. If nothing is inevitable, including what currently exists, there will always be an opportunity to change the realities that are so discouraging to contemplate.

Change, of course, will require us to move from a position of observation and contemplation to a position of action and organization. Changing the world means we must change the way we allocate our time.

We had better change that allocation, too, because if we don't, Hedges' choice of an illustration for his article will be prophetic! 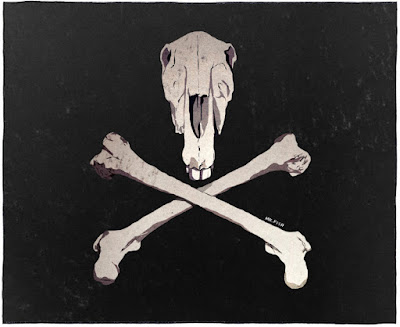