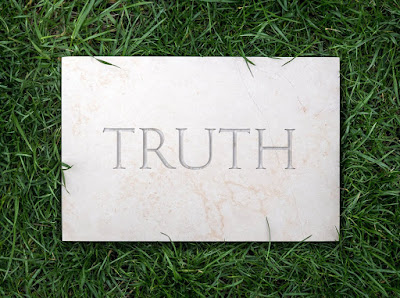 Michael V. Hayden is a former director of the Central Intelligence Agency. This is not an institution that I, personally, associate with any kind of significant commitment to "truth." The guys who head this agency, after all, think they have the right to arrange for the murder of people they judge to be dangerous to our "national security." They are not exactly forthcoming about the process, either! The intended victims of their drone strikes and secret killings don't have an opportunity to argue on their own behalf. Maybe you and I are on the list, and maybe not, but there isn't going to be any chance to confront and cross examine our accusers, if we do happen to be included.

At any rate, Hayden has written a long article for The New York Times, bemoaning the fact that we have, somehow, entered the age of "post truth." The CIA has lost leverage with the president because the president doesn't really think of "truth" as an actual category; therefore, the CIA operatives who are used to being able to get their way with presidents, because the CIA has "truth" on its side (they call it "intelligence"), are finding it harder to get the president to do what the CIA wants the president to do. President Trump says, in effect, "who cares about the truth?"

I do think Hayden is helpful in quoting historian Timothy Snyder:

Snyder stresses the importance of reality and truth in his cautionary pamphlet, “On Tyranny.” “To abandon facts,” he writes, “is to abandon freedom. If nothing is true, then no one can criticize power because there is no basis upon which to do so.” He then chillingly observes, “Post-truth is pre-fascism.”

The danger in failing to demand that we try to discover the "truth" of things, before decisions are made, is a  point worth making. Past, present, and current CIA Directors, however, ought to have this standard applied to their own activities.

As we know from practical experience, the "truth" about something can be discovered only in the process of free discussion and debate. Secret dossiers, unexamined by anyone critical of what they say, is not where "truth" will necessarily be found. I tend to think that when a past CIA director talks about how the president doesn't care about facts and truth, the complaint is based less on philosophy and political principle, and more on the fact that the president's approach to decision making has disempowered those whom we affectionately call "spooks."

I am for truth, but what the "spooks" claim to be the truth, if not freely and publicly debated, is not a "truth" to which I think a president (or a citizen) should automatically defer.

Coupled with Hayden's article in The Times, is an article by Daniel A. Effron, an associate professor of organizational behavior at London Business School. Effron's article is titled, "Why Trump Supporters Don't Mind His Lies." Effron's point is this: what Trump and his associates claim to be "truth," when it clearly isn't, when, in fact, it's a "lie," is usually something that "might be true." Those who like president Trump excuse the lie, because the lie "might be true," and so that's good enough.

I have a certain sympathy for the "it might be true" approach to truth, because my understanding of "reality" is not that it is fixed and immutable, but that we, ourselves, create the realities we inhabit. Thus, we can make both dreams and nightmares "come true." The social, human, and political world we most immediately inhabit depends on the realities we choose to create.

This, to me, suggests the correct approach to the politics of the Trump Administration. Instead of pointing to the "lies," and calling them out (in other words, instead of "opposing" everything that the Trump Administration says or does) we need to articulate the alternate reality that we would like to establish. Our political efforts should be "propositional," not "oppositional."

I think when "liberals," "Democrats," "progressives," whatever you'd like to call us, start applauding generals and the CIA directors, and fancy that they are on "our side," because they are opposing president Trump, that we are likely missing the point, and are putting ourselves on the wrong side of today's politics.

The public doesn't want the CIA and its so-called "intelligence" to run the world. Let's not fall into the trap of arguing that it should!