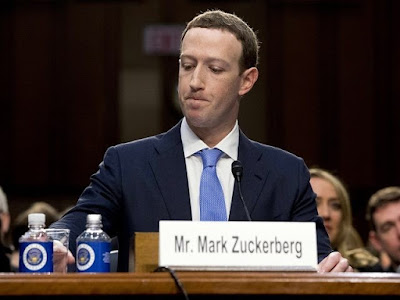 Nat Eliason is a guru in the field of "Search-Focused Content Marketing." His company is called "Growth Machine." Eliason writes on a variety of topics, and he is advising us all to "Delete Facebook." Here is Eliason's argument:

Someone observing the digital landscape a couple years from now could see Facebook continuing its dominance and deduce that it’s fine to play fast and loose with customer data in the name of growth, to optimize your product around addictiveness, and to sell information on your users.

Or, in a couple years, they could see the massive consequences Facebook faced for behaving that way. They could see people chose to give their attention to products they trust, and left Facebook in droves.

Which is why quitting Facebook matters: it sends the message that companies can’t, and shouldn’t, try to have that much power over our lives. That if other companies try in the future, they’ll get punished for it.

If Facebook thinks they can keep focusing on addiction, ad revenue, and data collection with no consequences, they’ll keep doing it.

Bruce Shapiro, a contributing editor to The Nation, gives us some different advice. He says, "Don't Delete Facebook." Here is his argument:


Facebook is getting the pounding it deserves for its shocking carelessness in allowing the antidemocratic, lying sleazebags at Cambridge Analytica to harvest the data of some 50 million users. Plenty of my friends are fleeing Facebook in utterly justified outrage. They’re joining a growing #DeleteFacebook campaign—and that tardy we’ve-already-fixed-it apology from Mark Zuckerberg and Sheryl Sandberg has only rubbed salt in the wound.

Still, I’m not joining the exodus—at least not yet. I still find Facebook a valuable and important self-publishing and communication platform. For all its flaws, it remains a vital tool for political activism—just look, for instance, at how important Facebook and other social media were in organizing the West Virginia teachers’ strike, or the wave of student mobilization after the Marjory Stoneman Douglas shooting, right up through this coming weekend’s march on Washington. Don’t get me wrong. I think Zuckerberg and Sandberg should take early retirement to Antarctica. But the root of the problem isn’t Facebook. It is about ideas and about politics: the mindless corporate libertarianism that dominates this company and the entire tech industry.

In the meantime, while the debate goes on, Mr. Mark Zuckerberg (pictured above) has spoken to Congress, and is widely believed to have defanged efforts to impose any excessively stringent new regulations on the world's largest social media monopoly. Wall Street, at least, is said to have liked Zuckerberg's performance.

What about The New Yorker? Andrew Marantz' comment in the magazine's "The Talk Of The Town" section is titled, "Mark Zuckerberg's Apology Tour." Marantz quotes a past Zuckerberg pronouncement about politics, and then makes what I think is an important observation:

Two days after Trump was elected, Zuckerberg was asked whether Facebook had “distorted the way that people perceived the information during the course of the campaign.” He replied, “Voters make decisions based on their lived experience.” But online experience and lived experience become more inseparable every day.

In fact, Marantz is absolutely correct to say that we now, more and more, "live" online. The world we inhabit, in other words, is an online world. Like the rest of human civilization, that online world is a human creation and is completely subject to human control. There is no inevitability in any of the arrangements that sustain its existence. The "rules" that prevail in the online world in which Facebook dominates can be structured and regulated by the decisions we make. Political decisions!

If you want to delete Facebook, you can click this clink for instructions. Personally, I am with Shapiro in saying that we should not "delete" Facebook; we should take it over, and make it ours. In other words, the world we inhabit should always be subject to our human control, and we should all be involved in making the decisions about how our world should work. We truly do "live" in a "digital republic," and in that online world, as in the non-online world that many think of as the "real" world, an effective assertion of our democratic right to be in charge is long overdue. 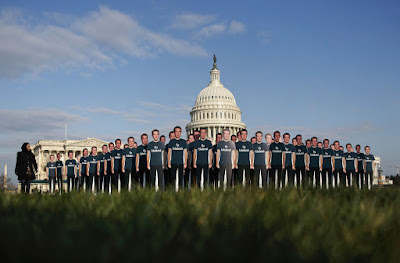