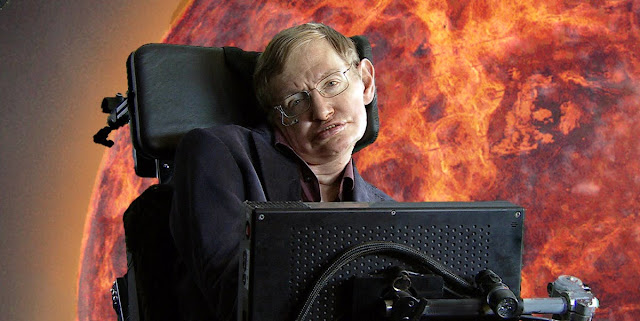 Hawking was a respected theoretical physicist and cosmologist. His commentaries on scientific subjects are not ones I can comment on in any meaningful way. I do feel competent, however, to comment on Hawking's proposal that "Humanity Should Leave The Earth."

How the universe began, and how we came to be alive on Planet Earth, is not a mystery that Hawking, or any other scientist, can ever solve. When asked what came before the "Big Bang," about which Hawking wrote extensively, Hawking said "nothing."

That conclusion, it seems to me, is a confession by Hawking that the existence of the Universe (and our own existence) is a mystery. That we have no idea how we and the Universe have come into existence supports my argument that we are "creatures," not "creators."

The human world, the world in which we most immediately live, is definitely our creation. It is, as I like to say, a "political world."

But the Universe, the World of Nature, the world upon which we ultimately and totally depend? That is not something over which human beings have dominion. The idea that humans should flee the Earth, our home (and it would only be a very few humans, of course), suggests that it is humans who should and will create the world in which we ultimately, as opposed to "immediately," will live.

And as for the rest of us, let us not consider our existence on Earth a confinement, but a joy!