#61 / The Spanish-American War Had Its Day 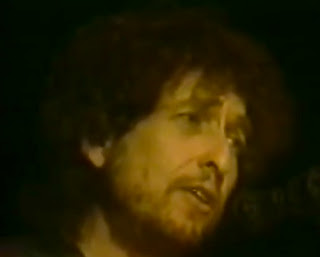 Dylan sings about the upshot, but where did it all begin? When did the United States commit itself to the project of "empire" so unequivocally? When did the American people decide that we have God On Our Side?

A book review in the February 26, 2018, edition of The Nation suggests that a lot went wrong when the United States began its war against Spain, in 1898.

The review, by Brenda Wineapple, sails under the title, "The Large Policy." The book reviewed, authored by Stephen Kinzer, is called, The True Flag: Theodore Roosevelt, Mark Twain, and the Birth of American Empire.

Indented below is what I would identify as the "Pull Quote" from the review, the entirety of which I recommend you read. Here is Wineapple on Kinzer on President McKinley (and with emphasis added):

The Treaty of Paris passed, albeit just barely, and in a speech delivered in enemy territory (Boston), McKinley offered a few bromides about US foreign policy being humanitarian in nature and good for the “misguided Filipino”: “Did we need their consent to perform a great act for humanity?” he asked. In disgust, William James denounced McKinley’s policies as nothing more than “bald brutal piracy, impossible to dish up any longer in the cold potgrease of President McKinley’s cant.”

But with this speech, Kinzer points out, McKinley aired the principles that would guide US foreign policy henceforward, declaring that “the United States never goes abroad in search of selfish advantage; it seeks only to help less fortunate peoples, even if they cannot understand that they are being helped; and it always acts in accordance with noble ideals.” It was empire cloaked in the language of liberty. As one English journalist, writing at the turn of the century, noted, “That is what the unctuous rectitude of the Anglo-Saxon always ends in. He always begins by calling Heaven to witness his unselfish desire to help his neighbor, but he always ends by stealing his spoons!”

The Dylan performance of With God On Our Side that is linked above, and made available below, is the best rendition of this song I have ever heard. Today, the "next war" isn't even a relevant expression, because the United States has chosen to wage constant war, anywhere we think that there are spoons to steal.

And let's be clear: God is NOT on our side!