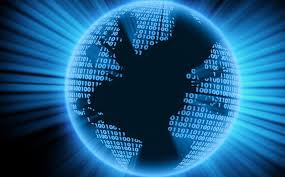 Ultimately, of course, we live in the World of Nature, upon which all life is totally dependent. Those comfortable with using religious language would call this the "world that God created." Those not comfortable talking about God can just call this world the "Natural World." The facts are clear enough, no mater how they are discussed. All life is dependent on the World of Nature that preexisted us, and in which we find ourselves mysteriously (or maybe even miraculously) alive. This Natural World operates on the basis of laws that we can learn about, and then can learn to use, but these are laws that we can never change. "You can't repeal the law of gravity" might be one way of getting the point across. In the World of Nature we are creatures, not creators.

We modify the Natural World, rather than accepting it as it presents itself to us, and we thus construct a "human" world within the World of Nature. This is a world that can be called "civilization." I usually call it the "political world," because what happens in that world depends on human action, which depends on human decision and choice, so that the shape of our civilization is subject to our "political" control, and responds to the decisions we make.

In the "political world" that we most immediately inhabit, we make the laws, and we decide what exists and what doesn't. Our world is a world of freedom, not constraint. Our "laws," unlike the law of gravity, and other laws of nature, don't describe what must and will happen. Human laws are not "descriptive," but "prescriptive." Human laws are the "prescriptions" we write for ourselves, and they tell us not what must occur, but what we want to occur. These human laws, of course, can be changed, which is where "politics" comes in. Furthermore, they can be disregarded, as patients may disregard their doctor's prescriptions.

This "two worlds" concept has been helpful to me, which is why I keep talking about it. To honor Nature (what we usually call "the environment") is to recognize our subordination to the Natural World, and our dependence on it. This is vital, because if we fail to understand our radical dependence on the Natural World, our human civilization is doomed. On the other hand, it is also vital to recognize our freedom, within the human world, to take any action we wish to take, and thus fully to appreciate our power both individually and collectively. Nothing is inevitable within the world that we create, and if there is any hope for us, realizing this truth about our human world is where that hope is found. While the momentum of past choice is pushing us always in directions set earlier, anything we have begun or created can be modified or abolished. Even "peace" is possible! Within the world we create, within our human world, everything we can think of, we can do.

For the last several years, I have been teaching a course at the University of California at Santa Cruz on "Privacy, Technology, And Freedom." I have come to realize that it might be helpful to start thinking about another "two worlds" concept.

The "digital world," or the "world in the cloud," or what I think of as the "virtual world," is a world that most of us frequent all the time You are in that "virtual world" right now if you are reading this blog posting on some electronic device. The "virtual" world, as I am using the term, is a world that is totally under human control. So, in my "two worlds" scheme, what I am calling virtual reality* is simply an aspect of the reality of the human world that we have chosen to create. However, there is something unusual about this "virtual reality," at least I think so.

The human realities that we create in the "human world" are constructed by us out of materials we find in the Natural World. Thus, our human world is in immediate contact with the World of Nature. If I build a house, I cut down trees in the natural world to do so, and I pave over fields in the natural world to build a road to its door. My immediate connection with the Natural World, though I might not pay attention to it, is palpable. When natural disasters come, the human world we have built is directly and immediately impacted.

The "virtual world" that we have created, however, is not in any immediate contact with the world of Nature. That virtual world is absolutely dependent on the Natural World, of course, as all our human creations are (those servers that create "the cloud" are physical things, and need electricity), but when you are "in" the cloud, you are living in a sphere that does not need to comply with the natural laws that the human world must ultimately acknowledge. If you play war games in our human world, in your parents' backyard, as I did when I was younger, you touched, or were touched by, physical things. Your body limited what you could do. War games in virtual reality have no necessary connection to the World of Nature. You can jump over cars or climb vertical walls. You can kill enemies in numbers that far exceed any limits that shape our existence in the World of Nature.

Privacy, too, essentially disappears in the virtual world, and this is a world that we are more and more inhabiting.

What are we to do about this? Anything is possible in the world that we create, so what will ultimately happen to our "virtual reality" will depend on the choices we make and the actions we take. But we should recognize that the "virtual realities" that we are creating are quite different from the reality of our normal human world. The world of "virtual reality," whether we recognize it or not, is actually an effort to escape the limits of the World of Nature, and the World of Nature is the world upon which all life, ultimately, depends.

This impulse to escape the constraints of Nature is not new, but I think we have a problem here, as we are more and more isolating ourselves from any direct contact with "real" things, and including even "real" people. All my Facebook Friends are not "real" friends, because many of them I have never met. I am not sure I have a solution to the problem I have identified, but if we become successful in dissociating ourselves from the World of Nature, the world that sustains all life, we are exposing ourselves, and our "human world," to dangers we are only beginning to appreciate.

Realizing that the "virtual world" could swallow us up, as it seems to be swallowing up "real" politics, as it gives rise to the "fake news" that leads to a politics divorced from both natural and human reality, it is clear that we need to think both wisely, and rapidly, about what we are actually doing!