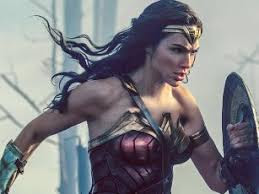 I was intrigued by an article by Catherine Nichols that appeared, recently, in the online magazine, Aeon. Entitled, "The good guy / bad guy myth," the article notes that while "pop culture today is obsessed with the battle between good and evil, traditional folktales never were."

The point of the article is that the locus of "morality" appears to have shifted from the individual to the mass, with the article making the point that it is precisely this shift in understanding that justifies and makes possible concentration camps:

When I talked with Andrea Pitzer, the author of One Long Night: A Global History of Concentration Camps (2017), about the rise of the idea that people on opposite sides of conflicts have different moral qualities, she told me: "Three inventions collided to make concentration camps possible: barbed wire, automatic weapons, and the belief that whole categories of people should be locked up." When we read, watch and tell stories of good guys warring against bad guys, we are essentially persuading ourselves that our opponents would not be fighting us, indeed they would not be on the other team at all, if they had any loyalty or valued human life. In short, we are rehearsing the idea that moral qualities belong to categories of people rather than individuals. It is the Grimms’ and von Herder’s vision taken to its logical nationalist conclusion that implies that "categories of people should be locked up."

I am fond of saying that "we are not only individuals; we are also members of a community." We need to remind ourselves of that all the time, because we often analyze things from an "individualistic" point of view, missing the fact that it is the "we," not the "me," that ultimately defines our human reality. We are all in this together!

That said, it is also true that the locus of moral choice (and moral responsibility) is at the individual level. Concentration camps, and the massive bombing of cities in which "enemies" reside (from Dresden, to Hiroshima, to Raqqa), are both examples of how the "good guy / bad guy myth" wreaks havoc on our common human world.

And to take another example, in which mass destruction is more metaphorical than actual, consider the hyper-partisan nature of our current politics.

It might be best for us to go back to the old folktales. They have more than one lesson to teach us.