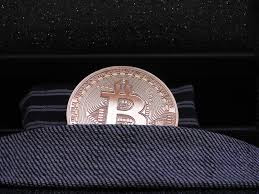 Consider the lament of Raphaela Lucsok, as documented in a recent article in The Wall Street Journal:

Raphaela Lucsok put up with her husband investing about $100 in bitcoin that the couple couldn't afford. She didn't argue when he quit his stable job for a bitcoin startup and even went along with his insistence to eat only at the (very few) restaurants that accept the digital currency...

But here is where Raphaela had to draw the line:

She took a stand recently when he started bringing his phone to bed to monitor bitcoin's price. "A strong restriction on cellphone use in our bedroom had to be imposed..."

My father, Philips B. Patton, was born and died before the birth of bitcoin, but he anticipated its arrival, and provided me with an inoculation.

For those who have been bitten by the bitcoin bug, and who find themselves scratching that itch, whether inside or outside the bedroom, I think it would be wise for you to consult the book pictured below. My father gave me a copy when I was quite young. It's a classic! It may make you think about tulips (and bitcoin) in a whole new way: 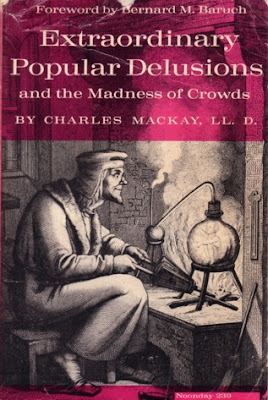 A rather compelling article, "Beyond The Bitcoin Bubble," ran in The New York Times Magazine last weekend. Its author, Steven Johnson, concurs with me that it would be wise to be cautious, stating that bitcoin "is in the middle of a speculative bubble that makes the 1990s internet I.P.O. frenzy look like a neighborhood garage sale."

While I definitely think we should pay attention to the advisory contained in the Johnson article about bitcoin speculation, the article also proffers some mind-bending thoughts about how blockchain technologies might save us all from the "super states" of Google and Facebook.