#356 / Overcoming The Abomination Of Our DNA 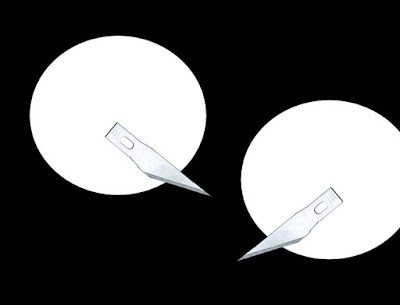 Frank Bruni, writing in the December 10, 2017, edition of The New York Times, reacted very strongly to an opinion column written by a Latino student. Click here for Bruni's column.

The student's column was apparently published in the main newspaper at Texas State University. Bruni quoted the student columnist as saying that there were only a dozen or so white people [in the world] "who rose to the level of decent." The student's column went on to deliver a further message, addressed to all varieties of white people, "good-hearted liberals" and "right-wing extremists," alike:

I hate you, because you shouldn’t exist. You are both the dominant apparatus on the planet and the void in which all other cultures, upon meeting you, die.

The headline on the student column, according to Bruni, was, “Your DNA Is An Abomination.”

Bruni goes on to discuss how our political discourse is now routinely filled with statements equivalent to "I hate you," and "You shouldn't exist." Bruni cites, for example, the following comment, on Medium: "I sincerely, genuinely hope that Arizona Senator John McCain's heart stops beating." The headline on that comment was, "Please Just Fucking Die Already."

Words of hate will lead us, always, into the realms of violence and death. Therefore, we must be careful about what we say. We believe what we tell ourselves. We always have.

Given this reality - this truth of our existence, that we believe what we tell ourselves - we must all try, whoever we are, to forgive ourselves, and to forgive all others, for the abominations and the injustices that we have both perpetrated and experienced.