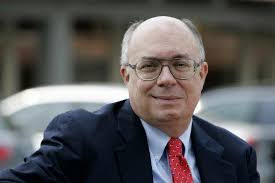 Joe Simitian, formerly a member of the California State Senate, and now a member of the Santa Clara County Board of Supervisors, held his 13th Annual "Community Conversation" yesterday. Traditionally, these events take place at the Lucie Stern Community Center, located in my old hometown of Palo Alto, California. Such was true this time, too.

Because of the overflow crowd - and every year there seems to be an overflow crowd - Joe raised the question whether a new venue might be needed next year. Based on a show of hands, that was a popular suggestion, but for what it's worth, my political experience tells me that when a politician is speaking to an overflow crowd, in a room that is packed to capacity, the resulting meeting is always more energizing and exciting for everyone than when the politician is speaking to a comfortably accommodated crowd in a larger room. Pack 'em in and more energy is released. That's my experience!

Usually, Joe brings several "experts" to his annual "Community Conversation" events, which I always try to attend. He then has these experts respond to the inquiries he poses about the key political issue about which the guests have expertise. Of course, at the end, there is always time to allow those in the crowd to pose some questions of their own.

This time, Joe was the "expert," questioned by award-winning journalist Doug Foster. Foster is now an Associate Professor at the Medill School of Journalism at Northwestern University. He was formerly the editor of the City On A Hill press, the "hometown newspaper" of the University of California, Santa Cruz, as well as having been the editor of Mother Jones magazine, among his many other accomplishments.

The subject of the "Community Conversation" held on Sunday was what Joe had learned from three recent trips he made to three different counties, these counties located in three different states. Joe  wanted to try to figure out what exactly had happened in the November 2016 presidential election, so he picked places to visit, around the country, where the voters had previously voted for Barack Obama and then chose to "flip," and voted for Donald Trump. Joe's trips are documented in a short and readable Op-Ed that appeared in the San Francisco Chronicle on October 18th. Here's the way Joe described the motivation for his investigation:

The rest of the country must see things somewhat differently than folks here. So what prompted 46 percent of the electorate to vote for a candidate I considered wholly unfit for the presidency? And why on Earth did 6 million to 10 million Americans (estimates vary), who previously voted for Obama, then decide to cast their ballots for Trump?

Joe (who said he was sometimes addressed as "Mr. Joseph" by those with whom he met) reported that the Trump voters had a strong, personal dislike of Hillary Clinton, and that this dislike of Hillary Clinton was one major reason that formerly Democratic Party voters went for Trump. Clinton (and the Democratic Party, since she was the Party's candidate) seemed to stand for "Insult and Hypocrisy" to those Joe questioned. What does that mean, specifically? Here are the three major indictments of Hillary, as Joe listed them: "Benghazi, Clinton's emails, and the Foundation." Joe said he got that everywhere. One person he talked to called Hillary the "Hungry, Hungry Hippo of the special interests," referencing a board game in which greed is good. He also noted that Clinton's campaign slogan ("I'm For Her"), didn't exactly convey the idea that Clinton and the Party cared anything about ordinary Americans!

There was also a lot of sexism, according to Joe (both acknowledged and unacknowledged, and indisputably present)!

Finally, and the "bottom line" reason that the areas Joe visited "flipped" for Trump, was a feeling that they had "nothing to lose." These areas, located in North Carolina, Pennsylvania, and Michigan, were areas where there was a longstanding experience of declining economic opportunity, about which the government was doing nothing. Voters were looking for dignity and hope, in a situation of desperation. Throwing a hand grenade into the political process seemed pretty rational for those who "flipped" for Trump.

Joe didn't provide any specific remedy for the problems now faced by the Democratic Party, but in reporting what he discovered, he certainly discounted the idea that what happened in November 2016 was some sort of a fluke, that couldn't happen again. Something, in other words, needs to change, if we don't want Donald Trump to be reelected.

My own view is that the Democratic Party is going to go out of existence if the Party doesn't put forth a program that will, in fact, mobilize the massive resources of this nation (now largely captured by the "billionaire class," to quote Bernie Sanders, the candidate I supported in the primaries). I think we can do it, too, but it means rejecting the idea that either the corporations or the government will be able to deliver what we need. We are going to have to do it ourselves. Read up on the WPA, and the history of the New Deal. That's my advice. You want a female advocate for the Party? Let's find someone like Eleanor Roosevelt, who showed up in local communities, around the country, figured out what they needed, and then got it for them.

She never got a penny for her speeches, either!