#253 / I Have Just A Few Superficial Concerns 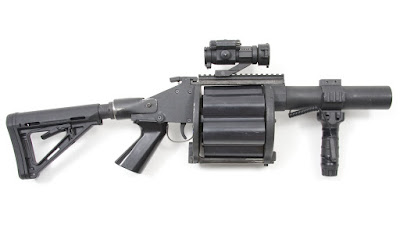 The Wall Street Journal reports that President Trump has "reinstated the ability of local police agencies to receive surplus military equipment, including grenade launchers...." See above for a picture of a grenade launcher. Click the link above for the entire article. Click here for a commentary!

Quoting again from The Wall Street Journal article, "Civil-rights activists criticized the move, saying having military vehicles and similar equipment in local communities ... suggests a police force at war with residents. They also said the programs have few rules to control how the equipment is used and ensure officers are trained to use it properly."

And here is one final quote from the article, outlining the position of the Trump Administration:

Attorney General Jeff Sessions announced the change in a speech before the National Fraternal Order of Police, the nation’s largest police union. "We will not put superficial concerns above public safety,” Mr. Sessions told police officers, according his prepared remarks. 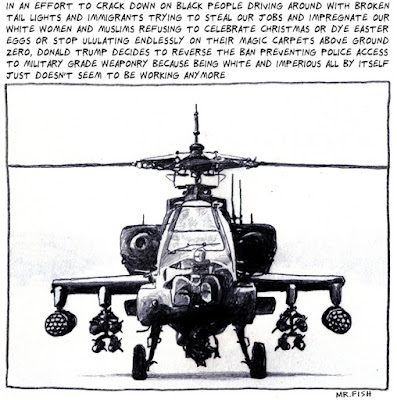 If you think it is a "superficial concern" that the federal government apparently wants to turn our local police agencies into armed combat units, with full military capabilities, then you will probably go to sleep tonight feeling safer, understanding that your police department may soon be mobilizing grenade launchers (and similar military equipment) against civil rights demonstrators and other kinds of bad guys.

I have an opposite opinion. It's like they say about the movies, or a play: "Once you show the audience the gun, you know it has to be used."

I don't want my city to end up looking like some town in Syria. Think about what kind of damage a "grenade launcher" can do on your city streets.

I have been urging, for some time, that we put the "war metaphor" to rest, as a fundamentally inappropriate way to understand the reality of our life. Putting military combat gear in the hands of our local police is a non-superficial escalation of violence in the heart of our local communities. That's my opinion, at least.

Despite the federal government's desire to outfit our local police with military equipment, local police departments and other law enforcement agencies don't have to participate in the program. Contact your City Council and County elected officials. Get them to adopt an official policy for your community that will prohibit the use of any military equipment by local law enforcement (and may I say, especially "grenade launchers"). 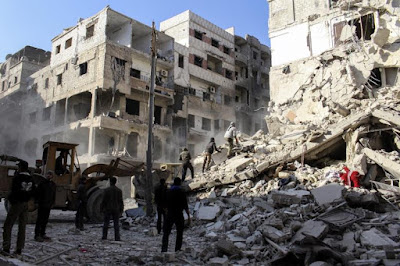