Thomas Richard Dickson, known around Santa Cruz as T.R. Dickson, was, for many years, a beloved teacher at Cabrillo College. He taught chemistry, and he wrote some good books about chemistry, too. Born on January 2, 1938, T.R. Dickson died on August 25, 2017, in his home on Cape Cod.

A very nice obituary appeared in the September 6, 2017, edition of the Santa Cruz Sentinel. Within that obituary, a link was provided to TR's Farewell Tour, a kind of "life recap" prepared by T.R. himself. I think it's worth looking at, even if you didn't know T.R. personally.

I liked the following observation, which T.R. included under the heading, "Atheist."

One basic principle of chemistry is that atoms cannot be created or destroyed (exceptions being nuclear processes and radioactivity). Atoms in your body are periodically being replaced by new atoms from your environment. When you die the atoms within you are recycled into the environment. Some disperse rather quickly and some more slowly. Nevertheless, your atoms are dispersed within the myriad of living systems found on earth. Your atoms and the vast number of atoms that have existed on earth for billions of years are all part of Mother Earth. Using this view, in a sense we are all one and the same. It is not inconceivable that atoms of me are in you and atoms of you were in me.

I might have titled this reflection differently (in fact, I know I would have), but if T.R. is right (and you have to admit he is), then T.R. Dickson (and all of us) are on one of those "never-ending tours."

That name, incidentally, is the name that Bob Dylan has given to his continuing touring schedule. T.R. Dickson ends his "Farewell Tour" with the song and video featured at the top of this blog posting.

Are you with me on that? Let's take a deep breath! 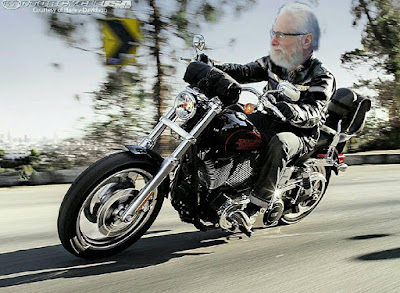