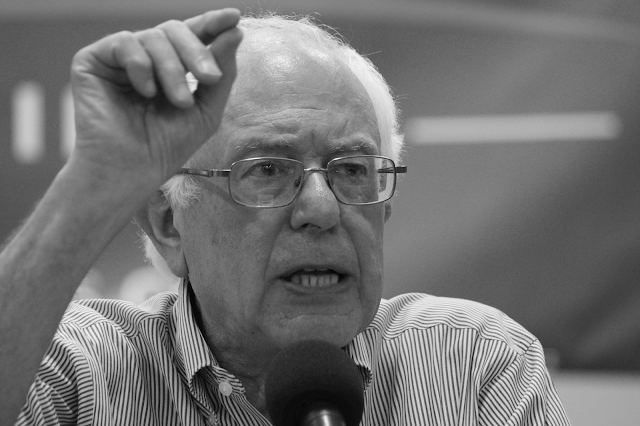 Whom do those plutocrats fear? Well, they don't fear Bernie Sanders, according to Caitlin Johnstone, who calls herself a "rogue journalist."

I am commenting, today, on Johnstone's blog posting from August 20, 2017. Johnstone titled her piece, "Bernie Would’ve Won … And He Wouldn’t Have Been Much Better."

I don't agree with Johnstone's statement that Bernie Sanders wouldn't have been much better than Donald J. Trump. You can read her pitch and make up your own mind.

I do agree, however, with something that Johnstone said in her blog. I think it's worth repeating. It's worth keeping in mind.

If you are not a fan of government of, by, and for the plutocrats, then consider this:

That "you," I think, is the plural form. So to restate it: the plutocrats aren't afraid of "you" (singular), and they're not afraid of "me."