#240 / Getting Serious About Political Change 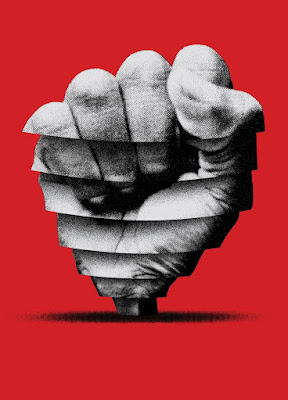 I was very happy to read the name of Zeynep Tufekci in a recent New Yorker article, "Is There Any Point to Protesting?" As you will see if you click the Tufekci link, above, I have long thought that Tufekci has a very accurate understanding of what it actually takes to make a revolution. Most recently, she has published a book on the subject.

Tufekci's prescription is the same prescription that Hannah Arendt identified in her book, On Revolution, and that Margaret Mead has captured in a quote that everyone (I hope) will recognize:

Never doubt that a small group of thoughtful, committed citizens can change the world; indeed, it's the only thing that ever has.

The New Yorker article, by Nathan Heller, quotes Tufekci extensively on what is needed to achieve real political change. Ad hoc, large scale protests won't do it (at least not by themselves). That is her main point:


The missing ingredients, Tufekci believes, are the structures and communication patterns that appear when a fixed group works together over time. That practice puts the oil in the well-oiled machine. It is what contemporary adhocracy appears to lack, and what projects such as the postwar civil-rights movement had in abundance. And it is why, she thinks, despite their limits in communication, these earlier protests often achieved more.

Tufekci describes weeks of careful planning behind the yearlong Montgomery bus boycott, in 1955. That spring, a black fifteen-year-old named Claudette Colvin refused to give up her seat on a bus and was arrested. Today, though, relatively few people have heard of Claudette Colvin. Why? Drawing on an account by Jo Ann Robinson, Tufekci tells of the Montgomery N.A.A.C.P.’s shrewd process of auditioning icons. “Each time after an arrest on the bus system, organizations in Montgomery discussed whether this was the case around which to launch a campaign,” she writes. “They decided to keep waiting until the right moment with the right person.” Eventually, they found their star: an upstanding, middle-aged movement stalwart who could withstand a barrage of media scrutiny. This was Rosa Parks.

In other words, if we are serious about making real and significant political changes (and that is how we create the world we inhabit), we need to organize ourselves in small groups, decide that we will plan on how to take real power, mobilize the resources that will allow us to implement our plan, and then work unremittingly, persistently, until we have succeeded. Generally speaking, the time required is measured in whole lifetimes. That's what it means to be "serious."

Protests in the street? That can be good, but that's an activity, not a plan.

I recommend that New Yorker article. I recommend On Revolution by Hannah Arendt, and Tufekci's  recent book, Twitter and Tear Gas: The Power and Fragility of Networked Protest.