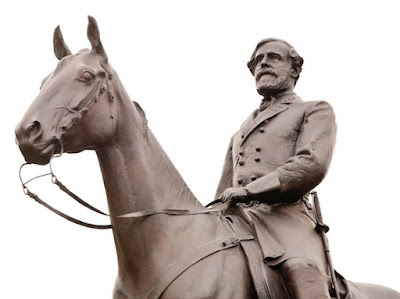 As The New Yorker made clear, Dreher is calling for a "new monasticism," which he identifies as the "Benedict Option," defined as a "communal withdrawal from the mainstream, for the sake of sheltering one’s faith and family from corrosive modernity and cultivating a more traditional way of life."

On August 17th, Dreher commented on President Trump's reaction to the confrontation in Charlottesville, Virginia between a white supremacist crowd and those who came to Charlottesville to protest the white supremacists' "Unite the Right" demonstration. As you will remember, a young woman was killed during this confrontation, and the President, though he made different comments, over a period of several days, ended up saying that "both sides" were to blame for the violence.

The American Conservative agreed with the president, but almost universally, pundits and the mainstream media did not. The press and media reaction to the president's statements rejected the idea that those who came to witness against a white supremacist demonstration were "equally to blame" for the death of Heather Heyer, who died after having been run over by an automobile driven by a white supremacist demonstrator.

Dreher's take on the controversy is titled, "Trump Is More In Touch Than You Think," and relies on recent polling to support this analysis. Here are his conclusions:

Having now read Dreher (and the other commentary published by The American Conservative), I wish Dreher would have taken his own advice, and sought a "withdrawal from the mainstream." I think there is significant truth in Dreher's suggestion that the public doesn't want to promote the kind of social and political division that gave us Charlottesville. Instead of trying to calm the waters, however, Dreher's comments are fanning the flames of further division.

To get back to that "rainbow" metaphor I talked about yesterday, it doesn't help for Dreher to promote never before defined oppositional groups (the so-called "alt-right" and the "antifa"), as Dreher does, as a way to help sharpen divisions that may not even exist, as the polling he cites apparently indicates. What Dreher and The American Conservative are doing will lead us further and further from what Martin Luther King, Jr. used to call "the beloved community."

That's where we should be heading.

You can even call it the "Benedict Option" if that makes you feel better.