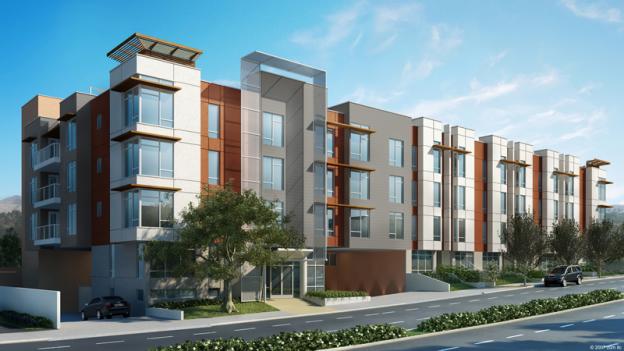 Dear Members of the Santa Cruz City Council:
Since I was not able to finish my comments at the City Council forum on housing, held at the Civic Auditorium last Tuesday, June 27th, I am sending this email as a follow up.
The first point I made at the forum is a point that Maria Gaura also made, in a recent letter to the Santa Cruz Sentinel. If you haven’t seen her letter, I’d like to draw it to your attention. Her main point is irrefutable:

"We cannot rely on the market to lower the cost of housing here.”

Since the price of things goes up when there is more demand than supply, it might seem like a good strategy to increase the “supply” of housing to meet the “demand,” so the price of housing will go down. It doesn’t work, and it never will work in Santa Cruz. In Bakersfield, maybe it would work, but we live in one of the nicest communities on earth. Everyone would like to live here (so the demand might as well be infinite). The The territory here (and thus the potential to “supply” housing to meet the “demand”) is extremely limited (as are our natural resources and our existing community infrastructure).
To make more specific the source of the “demand” that so over tops the possible “supply” that we can never hope to lower prices by “supplying” more housing, consider these three factors: First, there is a global demand for California real estate, as investors from all over the world seek to invest in land on the California coast. Second, we are "right over the hill” from one of the most rapidly-growing economies in the world, with tens of thousands of people, or even hundreds of thousands of people, making much more money than any worker in Santa Cruz ever can. Third, we have our own “demand-generating” growth machine right here in Santa Cruz itself, in the form of our University of California campus that is seeking, always, to expand, expand, expand.
There is no way that Santa Cruz can ever lower housing prices by building more market rate housing. In fact, as any fair analysis of the so-called “Corridors Plan” shows, “up-zoning” properties, to allow for more building, increases the sales price of the properties that get “up-zoned,” thus making whatever new housing is built more expensive, not less expensive, since land cost is the major cost involved in housing.
If we want to make progress on affordable housing in Santa Cruz, there are only three strategies that can work - and one of them is emphatically NOT setting up new zoning districts that will increase the density on existing properties, raising their price, and stimulating more building. That is a strategy that would likely result in the elimination of existing housing units, and one which would certainly lead to the production of new, and more expensive units, since the new land prices will demand higher prices for new development.
What are the three strategies that might work?
First, it is critically important to try to find ways to take housing out of the regular “market,” where excess demand for Santa Cruz real estate will always push housing prices higher, and to impose price restrictions, in various ways. Second, the City should be seeking to reduce demand, in any way it can. Third, generating money to subsidize affordable housing, which must then be maintained as affordable by an in-perpetuity resale price restriction, is another way to make some progress.
None of these approaches is a panacea, but all of them would actually help, while the City’s apparent current strategy - trying to stimulate new market-rate building to meet housing demands - will only make things worse.
I have five specific suggestions for Council action, based on the outline above. I do think that the City has a housing “crisis,” and I therefore do NOT think that the Council should wait to take action until the end of the elaborate process outlined at the housing forum, with listening tours and all the rest. Take action as soon as possible on any and all solutions that might help. Here are my five ideas:

#1 - STOP further growth at UCSC. This is already the official position of the City Council and the Board of Supervisors. However, it is one thing to “say” this, and a completely different thing to organize a legal and political effort actually to accomplish it. I urge you to begin immediately to do the latter, which means mobilizing the community, mobilizing students, faculty, and staff on campus, and launching an effort that will have to involve the State Legislature and the Regents. The Council should do everything it can to make certain that the Santa Cruz Campus does not grow beyond the size authorized in the currently-effective LRDP.
#2 - Make large new employers pay to construct price-restricted affordable housing. In other words, as large new employers increase the “demand” for the housing that their workers need, make them help with the effort needed to “supply” affordable, price restricted units.
#3 - Reinstitute a true “inclusionary" housing program with no escape hatches. Currently, the City allows a developer to pay a fee to the City, instead of actually building affordable units, and this makes the construction of new affordable housing the City’s problem. Every time a new housing development is approved, one condition ought to be that the developer will ACTUALLY BUILD a percentage of the new units and sell them at a permanently restricted price, affordable to an average or below average income person working in Santa Cruz. Furthermore, the inclusionary percentage should be much greater than 15%. I suggest 50%. You will be told that no one will build anything with such a significant inclusionary requirement. Maybe, but remember how high the “demand” is for housing here. Why not see? Since every new unit of new market rate housing is actually a “loser” for the City, in terms of the cost of new services versus taxes generated, and since the more market rate housing that is built the more demand there is for service level workers, thus increasing the need for affordable housing (with no place for these people to find housing), this approach is definitely worth a try.
#4 - The Council should do everything it possibly can to institute a program of price control for rental units. I know that "rent control" has a lot of problems, and that the City has limited authority, but I urge the Council to use every bit of authority it does have to put rental price restrictions in place at the earliest time possible.
#5 - Finally, as noted earlier, “up-zoning” actually increases the cost of building new housing, because it increases the price of land. The Council should consider the option of “downzoning” properties, with any subsequent “up-zoning” to be granted only in connection with the actual construction of permanently affordable, price-restricted housing.

Thank you for taking these suggestions seriously - and for following up on other suggestions made by those who testified at the housing forum. There is no doubt that Santa Cruz has a housing crisis. In a crisis, we need to try to do new things, and we need to move quickly to respond to the crisis. Addressing our housing crisis is not a “planning” exercise. It’s genuinely a matter of life or death for some, and if we don’t do better than we have, the community that we all love will be lost.