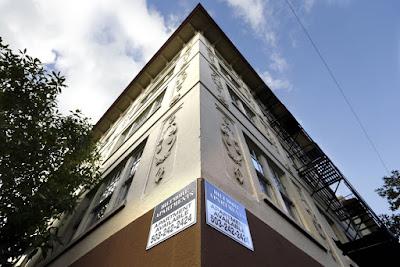 CityLab, part of The Atlantic Monthly group, outlines its mission this way: "CityLab is committed to telling the story of the world’s cities: how they work, the challenges they face, and the solutions they need."

A recent story on the CityLab website carried this title: "Oregon May Strip Portland of Its NIMBY Powers." The subhead elaborated: "A controversial bill before the state legislature [in Oregon] would preempt cities’ rights to prevent new affordable housing." The article is worth reading, and Oregon is not the only state that is thinking about stripping local communities of their traditional land use and zoning powers, all in the name of "affordable housing." It's happening right here in California, too.

NIMBY stands for "Not In My Backyard." Being called a NIMBY is not a term of endearment. In fact, there is a popular notion that NIMBYS, so-called, are probably racists, bigots, and most certainly selfish. Given this characterization, it's no wonder that people of good will think it might be appropriate to deprive such NIMBYS of their right to have any control over their own local land use.

Let me, please, interject a cautionary word. Maybe we should be careful before we transfer control over the future of our local communities to politicians operating at the state level. Local residents are, generally, those who know best about their own "backyards." The whole idea of "local control" over land use recognizes this fact. Local residents can also be pretty effective in making local officials do what the local residents want, if the residents will get active and get involved. This is what is normally called "self-government," and it's a value worth preserving. Local residents are pretty powerless when they have to deal with local issues in the arena of the state legislature.

And here's another caution. The land use and zoning provisions that development interests claim are racist, exclusionary, and bigoted, may not be the product of such unworthy sentiments at all. Communities that care about water supply issues, traffic, and the ability of their local governments to provide necessary public services, adopt regulations to address those very legitimate issues, and the effort to do that does not, in fact, stem from base motives of selfishness and racism.

Here's what is really going on, in my opinion: Development interests who always want to be able to do whatever they want, and to make as much money as they can, with the minimum amount of interference, are seizing upon an incredibly real and serious crisis - the affordable housing crisis - in an effort to eliminate perfectly responsible and appropriate local land use measures. Let's keep in mind that it is very much easier to parlay money for votes in the State Legislature, where big money interests dominate, than it is to use money at the local level, to override involved and active residents concerned about their neighborhoods, public safety, water security, and the traffic clogging their local streets.

Great concern about "affordable housing," when it comes from development interests pushing state legislation that overrides local land use powers, is quite likely insincere. How do you gauge whether or not this is true? Check out whether the "override" of local land use control will actually produce any significant amount of price-restricted, genuinely "affordable" housing, or whether it will just produce MORE housing.

Many people think "more" housing means lower-priced, and therefore more "affordable" housing, but that just isn't true, and concerned people of good will should not let themselves be hoodwinked by notions about NIMBYS that are not founded on the facts.