#155 / Foresight Is Where Freedom Is Found 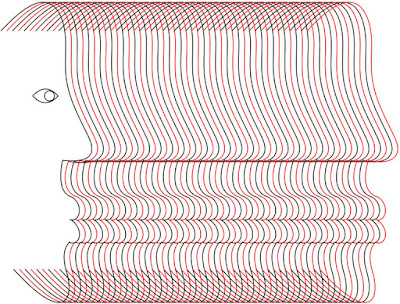 The Sunday, May 21, 2017, edition of The New York Times ran an opinion piece by Martin E.P. Seligman and John Tierney. Their column was titled, "We Aren't Built to Live in the Moment." The title's subheading sums up the article this way: "Scientists are beginning to recognize that foresight is what distinguishes human beings from other animals."

Seligman and Tierney think that "homo sapiens" is not out best designator. We are, they say, better identified as "homo prospectus":

We call ourselves Homo sapiens, the “wise man,” but that’s more of a boast than a description. What makes us wise? What sets us apart from other animals? Various answers have been proposed — language, tools, cooperation, culture, tasting bad to predators — but none is unique to humans.

What best distinguishes our species is an ability that scientists are just beginning to appreciate: We contemplate the future. Our singular foresight created civilization and sustains society. It usually lifts our spirits, but it’s also the source of most depression and anxiety, whether we’re evaluating our own lives or worrying about the nation. Other animals have springtime rituals for educating the young, but only we subject them to “commencement” speeches grandly informing them that today is the first day of the rest of their lives.

A more apt name for our species would be Homo prospectus, because we thrive by considering our prospects. The power of prospection is what makes us wise. Looking into the future, consciously and unconsciously, is a central function of our large brain, as psychologists and neuroscientists have discovered — rather belatedly, because for the past century most researchers have assumed that we’re prisoners of the past and the present.

I think that Seligman and Tierney are on to something, but I don't think that it is mere "contemplation" of the future that has led to human dominance of all things within the World of Nature, animal, vegetable, and mineral.

The secret, I think, is this: Our ability to see ahead to the "future," to that arena of the "not yet," to have access to a dimension of reality not seen or suspected by other creatures, allows humans, uniquely, to understand that the world is a realm of possibility, not fact.

Humans are not always "wise" in the way they use this knowledge, which is nothing less than a kind of "magic" that gives us the power to create a human reality that has never been known or seen before. Foresight, in truth, is where we most directly encounter the gift that all humans have, and that all the other creatures lack: the gift of freedom.

We create a new world as we look forward, but not by looking only.

Having been given the gift of foresight, which reveals to us a realm of freedom and possibility, we create our world not by what we see in prospect, but by what we do right now.