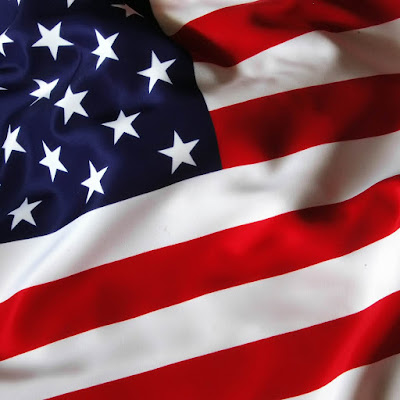 Today is Memorial Day. I don't pay much attention to holidays, which generally catch me unawares. Thus, I had to check online to make sure. The source I checked, timeanddate.com, starts off its discussion of Memorial Day with a question, which it promptly answers:

What Do People Do?
It is traditional to fly the flag of the United States at half staff from dawn until noon.


Having received this advice, I settled on using the picture above to top off today's posting. In fact, though, what prompts today's discussion is not the fact that this is Memorial Day. Instead, this posting  is in response to a Peggy Noonan column that ran in The Wall Street Journal on Saturday, May 27, "Why History Will Repay Your Love." It's a nice column, basically devoted to a review of David McCullough's book, The American Spirit, and specifically celebrating the fact that "history doesn't have to be a drudge."

As someone who was a history major in college, with a specific focus on the history of the United States, I applaud and endorse Noonan's sentiment.

I also like the idea that we should celebrate our national holidays by remembering things other than all of the people killed in the almost never-ending wars in which our nation has been involved from before the day I was born until now. If you include the "Cold War," and that seems fair, the United States of America has now been "fighting" from before December 26, 1943, to this very day.

Actually, that word doesn't even begin to describe what we should all feel about the ongoing and continuous war-related horrors that have been a determining influence on our national life from long ago until now. Some newspapers this weekend carried photos of the Vietnam Veterans Memorial in Washington, D.C., and its understated but eloquent plea to stop the killing: 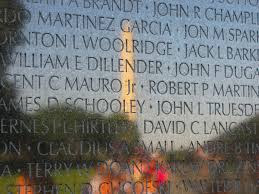 The more than 58,000 names on the Memorial do not include the names of more than 1.4 million non-Americans who died in that conflict.

American history has had some "positives," too. That is what Noonan's column (and McCullough's book) reminds us. One of the lessons that Noonan suggests we can learn from history is that "nothing had to happen the way it happened."

There is a corollary to that: nothing has to continue the way it's going, either.

Memorial Day is one of those "God and Country" days, and I'm thinking Bob Dylan:


Actually, though, God isn't going to do it. That hasn't worked for the seventy years plus I've been around, and it's not the "next" war we need to worry about at the moment. It's all the wars we are pushing right now.

If God is not going to take care of our war problem, it will be up to us. History is what we make it.

Let's make some history that will repay our love.